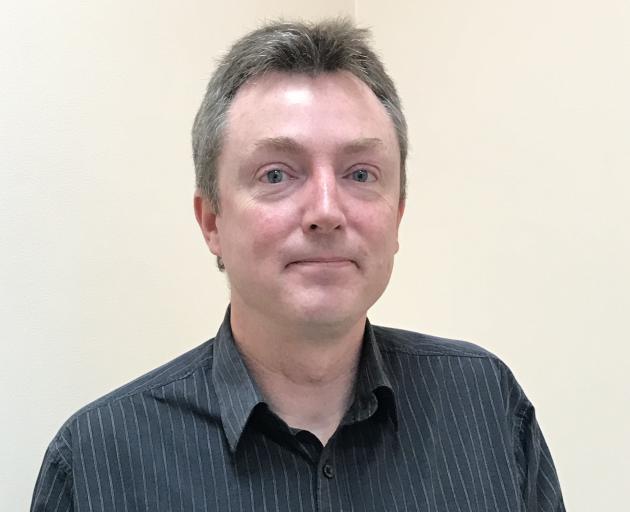 The Dunedin Area Residents’ Association (Dara) was incorporated in December, held a special general meeting in March to elect a committee and held its annual meeting on Friday.

The aim of Dara was to represent residents of greater Dunedin, and give them a collective voice to raise concerns with local bodies, he said.

‘‘It’s not just urban; it’s the whole area. A huge proportion of Dunedin people live outside the city and often say they don’t feel they are being considered.’’

Residents, not ratepayers, were the target group for Dara, as ratepayers included businesses and absentee landlords.

Key areas of concern for Dara were local bodies’ priorities, performance and politics - however, the association was apolitical, Mr Visser said.

Among priorities was questioning whether the council was ‘‘doing the right thing on major projects’.

‘‘Then performance: are they doing it right? The word accountability comes in here.’’

On politics the question was whether Dunedin city and Otago regional councillors were the right people to represent Dunedin residents.

However, Dara was not about campaigning to get rid of people, he said.

‘‘We’re certainly not waving torches and pitchforks. We’re much better off working with what we’ve got rather than the unknown.

‘‘Our focus is how to get the best out of [existing councillors] and help them be better. Therefore, we get better decisions and everyone benefits.’’

Mr Visser described himself as an ‘‘old-school public servant’’ who had been trained to do his best for the community he served.

Residents he had spoken to were concerned they were not being heard or listened to, he said.

‘‘The sheer number of people with common interest and concerns about local authority in general .. .is what has led to the formation of Dara.’’

Reviewing councillors’ performances would enable voters to make better-informed decisions on who to support.

However, it was not Dara’s job to take sides, as its role was simply to look at and present facts to members, he said.

Asked about the possibility of fielding its own candidates in local elections, Mr Visser said: ‘‘In the very, very long-term, it may be that we do but we’re nowhere near that.’’

Mr Visser made a presentation at the meeting outlining Dara’s progress to date.

People were asked to fill in membership forms and pay an ‘‘affordable’’ subscription.

The advantages of the Dunedin Area Residents’ Association was explained by Jon Visser, using Dunedin City Council housing as an example.
Operating costs for the DCC's rental units exceeded income and two options on how to overcome the shortfall were presented to councillors, Mr Visser said.
The first was that tenants should pay more, the second that the difference should come from rates.
As tenants on national superannuation paid about 40% of their incomes on rent and ratepayers were unlikely to support something that did not directly benefit them, it appeared neither option was palatable.
‘‘A third option that was not presented was to reduce outgoings to fit revenue,’’ Mr Visser said.
Dara had come up with eight ways to reduce expenditure on community housing, ‘‘simply by looking at the facts’’.
‘‘We have access to expertise and are picking up the baton from concerned residents,’’ he said.
‘‘We don’t want to complain but to say, ‘Here’s a better way of doing it’. Everything we’re trying to do is positive.’’
With waiting lists for accommodation in DCC community housing currently standing at 267, compared with 245 people this time last year, there could be a case for means testing and charging more rent to people whose financial circumstances changed, for example by taking employment.
Council property services group manager David Bainbridge-Zafar said it did not actively relocate tenants if their circumstances changed.
‘‘Prospective tenants are prioritised according to need, and average wait times vary. At the moment, the average wait time for highest-priority applicants who are happy to live in any suburb of Dunedin is about six months.
‘‘Nearly 70% of our current tenants are aged over 65,’’ Mr Bainbridge-Zafar said.

Dunedin has had citizens’ associations for at least 130 years but until Dara was formed, there had been none since 2009.
One of the first was established in 1881 in Caversham. The aim was to elect ‘‘vigilanty [sic] committees to take note of municipal requirements and further, as far as possible, the interests of the ratepayers’’.
Some 80 years later, after sporadic attempts to form similar organisations, the Dunedin Ratepayers and Householders Association (DRHA) was formed.
Longserving chairman Syd Adie fought the Dunedin City Council on numerous issues for more than 40 years and as a result, was dubbed the Brockville Battler.
The DRHA folded when Mr Adie retired in 2009. His work is commemorated by Syd Adie Corner, a small rhododendron garden at the intersection of Kaikorai Valley and Brockville Rds.
Mr Adie considered the traffic lights installed there in 2005 one of his most successful campaigns. He died in 2014 at the age of 77.
The Star
3 Comments

Jon Visser said they are apolitical. Just like my foot

Apolitical means political neutral.
‘Old fashioned public servants’ are apolitical.
What we get now days are political appointed bureaucrats and consultants.
The DCC & ORC corruptly stack the system to suit their ends.
The peasants are revolting and it’s long overdue.
I hope the ODT are apolitical and report DARA findings and meetings for all to see.

Councils around the country are offering strong opinions on water reforms. The DCC seems very quiet on the issue. I hope this residents association can put pressure on the DCC to provide an explanation on where their thinking is at.