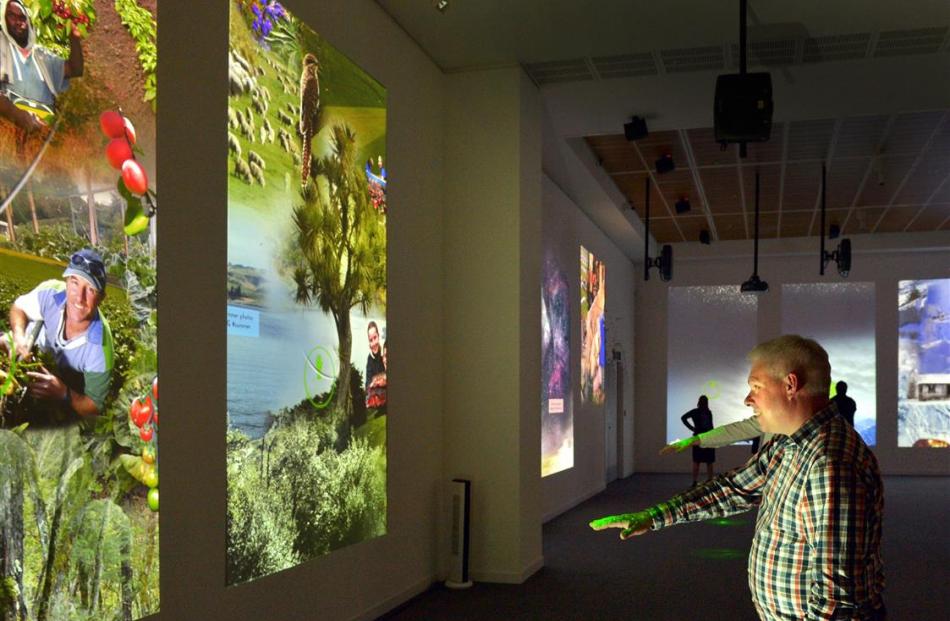 The $1million planetarium and adjacent Beautiful Science Gallery opened on December 5 and had been packed with happy punters since, museum director Dr Ian Griffin said yesterday.

Almost every show since the planetarium's opening had sold out.

The planetarium played three shows each day, each designed and developed in Dunedin.

● Marama A Whetu (once daily)

With room for 51 people per show, and six shows playing every day, the result was thousands of people seeing the planetarium's purpose-made content in its first month, Dr Griffin said.

"In a sense we did take a bit of a risk to do this. But we do think it's been successful and the reaction has been really positive.''

While the "Amazing Universe'' show was proving the most popular, all three shows had been met with "a really fantastic response'' from visitors, Dr Griffin said.

"Visitors have been really impressed by the local flavour of it. They're really enjoying that it's in Dunedin and it's local content.''

That local content meant the shows could not be seen anywhere else in the world, yet were of a world-class quality, Dr Griffin said.

"Why should you have to go to Te Papa in Wellington to have access to amazing material? We've been able to do something that you can't do anywhere else. And we're really proud of that.''

Instead of touch screens or static displays, visitors place their hands into streams of laser beams and use gestures to control the 12 giant video displays.

While some visitors found that experience tricky at first, children were picking it up quickly and showing their parents how to operate the technology, Dr Griffin said.

That level of cutting-edge science encapsulated the point of the gallery.

"We wanted to provide access to some of the best science experiences in the world.''

The "extraordinary'' reaction to the gallery had shown they were succeeding, he said.

● The museum's development would be "taking a breather'' for a few months before work began on its next major project, the renovation of Discovery World, Dr Griffin said.

The $2million rebuild would begin at the end of winter, with an anticipated completion date of January 2017.

Dr Griffin said the goal was to make the area "the best science centre in the country''.

"We want people to come to Dunedin just to see this stuff.''