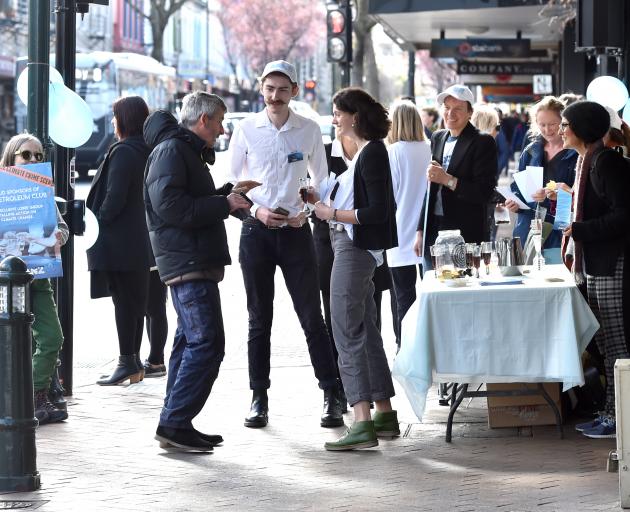 The protest was organised by 350 Otepoti, which set a dining table with champagne flutes filled with a substance resembling oil.

It also sponsored New Plymouth's Petroleum Club which was a "lobby group dedicated to stalling action on climate change", he said.

An ANZ spokeswoman said it was surprised the group was protesting its support of the club, which was "an important forum to discuss renewable energy and transitioning to cleaner energy sources".

"ANZ New Zealand's lending to oil, gas and coal is less than 0.25% of our whole book and declining, and most of that is in gas."