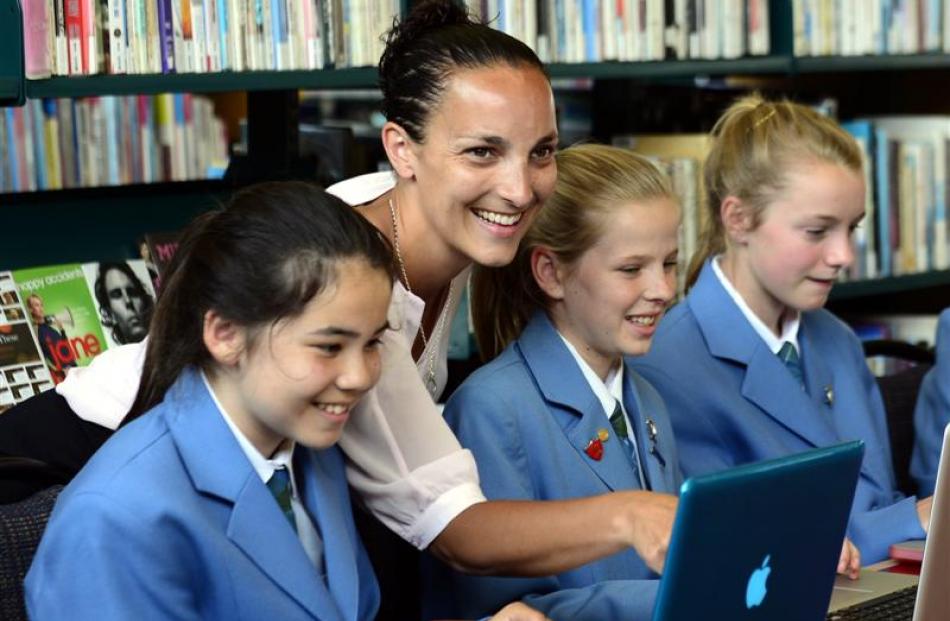 A Dunedin secondary school teacher is crediting her pupils for an international award she won this week.

Mrs Smith was honoured to receive the award, and said it was a credit to her pupils and ''their level of engagement''.

''They continually push me to find new and interesting ways to keep them challenged.''

She also credited the school for allowing her the freedom to try new ideas.

As part of the award, Mrs Smith said she would be able to share her expertise with other educators and policy makers around the world, by becoming an ambassador of innovation.

She will share information about her work in school, advocate the use of Apple products that help to engage pupils in new ways, and make presentations at education events.

She is now part of a network of about 2000 educators working together to bring the freshest, most innovative ideas to pupils around the globe, she said.

''It connects me with a worldwide network of like-minded educators.

''If I have a project that I want to establish at the school, I can contact Apple Education and they can say `yes, we have an application for that', or `no we don't, but we will make one for you'.

''I'm very excited because of the opportunities it presents me and the school.''

Cyclone Computer Company Ltd Apple division general manager Graham Prentice said fewer than 20 ADEs had been awarded in New Zealand during the past 10 years, and only one other in Dunedin - to University of Otago science communications chairman Prof Lloyd Davis.

''It is rare that we find a teacher who not only understands the ways that students learn and communicate digitally but can also motivate other teachers to embrace these tools and change their pedagogy to better fit their learners. Donna has this mastered.''