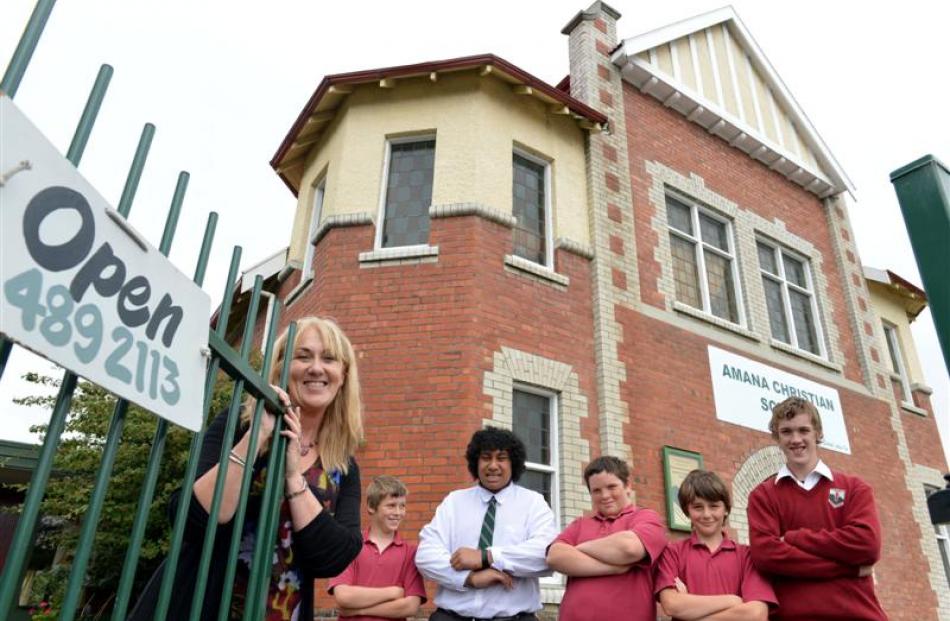 Another secondary school has been opened in Mosgiel after the Ministry of Education granted provisional registration for the Amana Christian School to expand its education programme.

The education facility has a primary school (years 1 to 8), which was established in 2001, and an early learning centre, which was opened four years ago.

Amana Christian School founder and board of trustees chairman Ron King said the school was now permitted to teach pupils from years 9-13, and the school had already enrolled six pupils in the new senior school.

The school has 29 pupils at present, but has the potential to take up to 100. Mr King said the Christian school movement was growing, with an increasing number of parents making the choice to encourage their children to lay strong spiritual foundations in life.

''Amana Christian School is still in its infancy, but the trend is for demand to escalate.

''Two large schools that show this are Bethlehem College in Tauranga and Middleton Grange School in Christchurch. Waiting lists are long.''

The expansion into secondary education had come following several years of planning, and was driven by parents of pupils at the school who were keen to extend their schooling with strong Christian character.

Mr King believed about 60% of pupils from the Taieri area travelled to Dunedin for secondary education, and he hoped the new college would provide another opportunity for pupils from the area to gain a quality, internationally-recognised education closer to home.

''This extension into college enables a student to complete his or her whole education without the trauma of too many changes.

''Preschool children enrolled at the Amana Christian Early Learning Centre can progress through Amana Christian School, enjoying the benefits of smaller classes and the family atmosphere of being educated with siblings.''

''The ACE curriculum, with its very high academic standards, is already in use for senior students. This will be extended to year 13.

''Students in this course are credited with year 11, year 12 and year 13 certificates that are recognised in 147 countries.

''The year 13 honours certificate, with students achieving an average of 90% or higher in all subjects, is at a level of the top Cambridge qualification and gives entrance to all universities throughout New Zealand.''

''She has a wide experience as head of departments in three secondary schools, training in teenage counselling and has latterly been working as a schools' adviser.''

Under the provisional registration, the school will be permitted to teach secondary pupils until January next year, but it was hoped the ministry would approve a continuation of the expanded education programme.