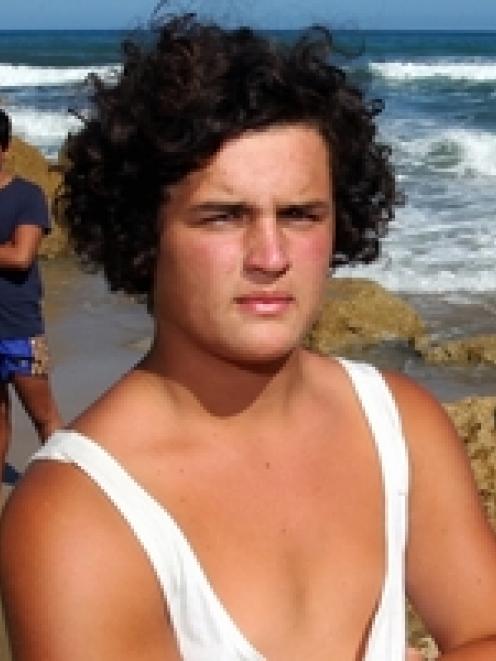 Lucan Battison
Most pupils can continue to curl up and dye but more extreme styles and colours are still banned despite a High Court ruling yesterday, Otago principals say.

The Hastings pupil suspended after refusing to get a haircut won his High Court battle yesterday to keep his long hair.

St John's College pupil Lucan Battison (16) was suspended last month after failing to meet the school's ''off the collar and out of the eyes'' policy.

A High Court judicial review in Wellington ruled in favour of the year 12 pupil, stating the suspension and the school's hair policy was unlawful.

Justice David Collins said Lucan was willing to wear his hair tied back in a bun and when he did, his hair was above his ears, off his collar and out of his eyes.

Kavanagh College principal Tracy O'Brien said school policy required hair to be ''neat and tidy'' and the decision was at the discretion of senior staff.

The school ''shied away'' from listing what styles were and were not allowed.

''Because it just gets too murky. You say to a student `You can't have dreads' and they say `These aren't dreads, they're braids'.''

Girls and boys were allowed long hair but it had to be off the face and tied back, he said.

The school took a ''reasoned approach'' and if pupils ''pushed the boundaries'', the school organised a parent meeting to resolve the situation without interrupting a pupil's education.

''We are clear about extremes - extraneous colours and styles - if someone came in with a radical mohawk, they're probably not going to survive the day.''

No pupil had been sent home for non-compliance since he had worked at the school, he said.

''We do not dictate anything about length, or style, of hair. The only thing we would have some reservations about is the colour of hair.''

A pupil could colour their hair if it was dyed a natural colour, he said. If a pupil had unnaturally coloured hair, they would remain in school and a solution would be arranged with the family.

Pupils were allowed dreadlocks, he said.

''It's not been a problem. We have some boys with quite long hair.''

Columba College principal Elizabeth Wilson said school policy was for hair below the collar to be worn tied back and the dyeing of hair was not permitted.

''We state that hairstyles should be in a style suitable for school.''

No pupils had been suspended for a hairstyle that went against school policy and the school was not considering reviewing its policy, she said.

Mount Aspiring College principal Wayne Bosley, of Wanaka, said the school had no ''hard and fast rules'' on hair length.

''We would not be questioning that, as part of our cultural acceptance of students.''

Dunstan High School principal Brent Russell, of Alexandra, said he did not believe the ruling would impact greatly on Otago schools.

''Of course, it all depends on interpretation, too. We might say boys will be clean-shaven but what that looks like for me can be quite different to what it looks like for them, but common sense has to prevail, surely.''

It was a shame the matter had escalated to the extent it did, Mr Russell said.

''It should never have got to that stage. It's a shame the parties couldn't get together, discuss it and sort it out themselves.''

Wakatipu High School principal Steve Hall said his school's policy was that hair had to be ''tied back for safety reasons when appropriate''.

In his 18 months as principal at the school, there had not been any issues with pupils' hair length, he said.

Although he had yet to read details of the High Court decision, the school's policy for hair was quite liberal and was unlikely to be reviewed.

Should schools be able to enforce a hair policy? Telephone your answer today to the Otago Daily Times Teletopics line (03) 467-7123. Dunedin area calls are free; or email us at odtfeedback@odt.co.nz and your comments may be considered for publication.