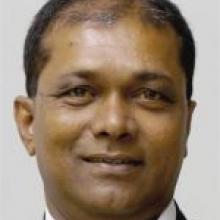 Shimrath Paul
The Otago Museum is moving on to the "world stage" by hosting the annual conference of an Asia Pacific science centre network, for the first time in New Zealand, organisers say.

The Asia Pacific Network of Science and Technology Centres (Aspac) conference, whose theme is "Share, learn, grow together", has attracted 116 delegates from 56 science centres and 19 countries, including China, Japan and Malaysia.

A further 34 participants from the Otago Museum, Otago Polytechnic, Otago University and NHNZ will also attend.

The main event, preceded by several days of pre-conference workshops and related science meetings, starts on Monday in Dunedin and transfers to Queenstown on Wednesday before ending with a barbecue there the next day.

Keynote speakers are Dr Goery Delacote, from the At-Bristol science centre, in Britain, and Peter Hayden, of NHNZ in Dunedin.

Museum chief executive Shimrath Paul said that Aspac conferences usually attracted about 100 delegates and, given the global economic downturn, the museum had initially expected about 80.

He was now delighted that 116 people from outside Otago were coming, including 102 from overseas.

The conference would have a positive effect on the Dunedin and Otago economy, he said.

Some of the best science communicators from throughout the Asia-Pacific region will be in action during "The Big Get Together" , a day of family fun activities between 11am and 5pm tomorrow at the Otago Museum Reserve.

As part of a pre-conference workshop, the communicators will make science-related presentations on a "science stage".

Live music performances, stilt walking and fire swallowing are among the other activities.

The conference will also give the museum the chance to launch itself, together with the Otago Polytechnic, into the "international business of science centre exhibition sale and rental", Mr Paul said.

Specially developed by the museum and the polytechnic in time for the conference, Survival Factor was an interactive science exhibition devoted to the science of staying alive.