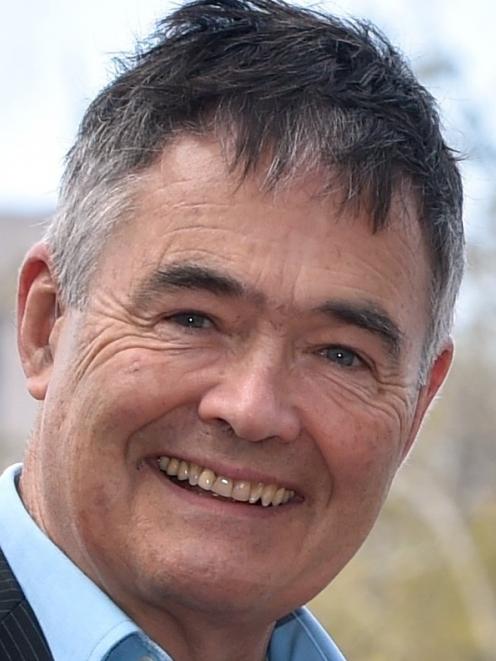 The annual Demographia survey, released today, compares prices to incomes in 367 cities and shows Auckland to be one of the worst in the world, due to extremely high real estate prices and moderate wages.

Written by Christchurch-based former property developer Hugh Pavletich and American Wendell Cox, the report argues that a shortage of land drives up prices. In 2011, Auckland was ranked the world's 12th most unaffordable city.

Dunedin was more affordable than Christchurch but on a par with Wellington and Hamilton.

Dunedin Mayor Dave Cull said he was not surprised by the report's findings.

The city likely ranked where it did because of Dunedin's lower average income, not its housing prices, he said.

‘‘Unfortunately, Dunedin has some areas of deprivation and low income - I'm not surprised.''

Mr Cull said evidence of the city's lower income ‘‘vindicate[s] our economic development strategy aim of increasing the average income across Dunedin by $10,000 a year''.

Because Dunedin had a relatively high proportion of students and older people on fixed incomes, Mr Cull said the city would have to attract people with higher incomes in order to move the needle on its average income.

That might mean next year's Demographia survey would show house prices creeping up in Dunedin, he said.

‘‘But it's difficult to see a way of filling that demographic gap without attracting those people.''

Kim Campbell, Employers and Manufacturers Association chief executive, worries how essential workers and other employees will be able to afford Auckland with its tightly constrained geographic limits.

‘‘Many people in those jobs have been living here all their lives. But eventually there will be an issue about whether these people can afford to live here,'' Mr Campbell said, recommending more land be freed up for building.

Teachers, nurses, social workers, firefighters bus drivers, policeman and other essential staff - collectively known as key workers - often cannot afford to buy in Auckland, leaving the city with a potentially grim future when we need the next generation of these workers, he said.

‘‘I'm deeply disappointed that this independent, objective survey keeps on proving the crisis is getting worse and worse. It's all about lack of supply of land which, in Auckland, is more than 50% of the cost of a new house.

''We need the Government to understand the issues but they don't actually have their hands on the statutory levers. The solution is to free up more land and free up the constraints which prevent more density. An awful lot of Aucklanders don't want apartments in their back yard,'' he said.

Banks, pension funds, businesses or social services could help by owning a share of a new house, perhaps 40%, he said.

During perhaps a decade, the first-home buyer would buy the other party out and get 100% ownership.

Key worker housing schemes in London offer new homes to rent at 80% or less of the typical market rent value and according to the London Borough of Richmond upon Thames, the schemes are generally in high demand.

‘‘They have priced young Aucklanders out of home ownership for the foreseeable future. If the Government was serious about the housing crisis it would reform the planning rules that stop the city growing up and out.

''They have been blaming the RMA for a decade but have done nothing so far. They should crack down on property speculation. And they should embark on a massive government-backed building programme to deliver huge numbers of affordable homes for first-home buyers,'' Mr Twyford said.