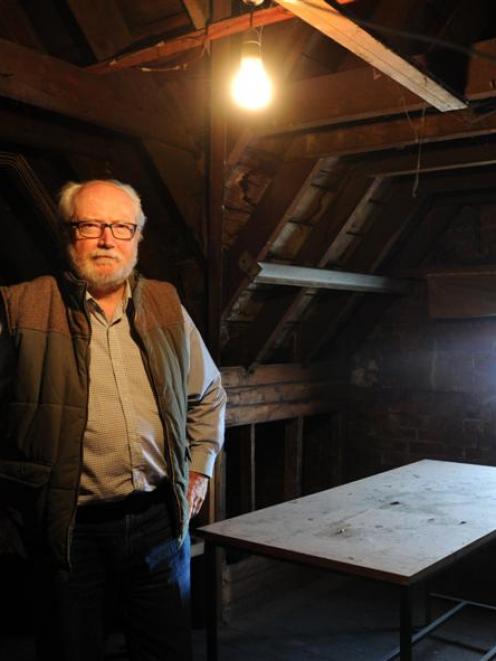 Mr Betteridge is in Dunedin this week to begin a conservation management plan for the prison on behalf of the Dunedin Prison Charitable Trust.

"It's a beautiful building complex with the law courts and the railway station, but once inside it's a different feel - dark, dreary, sombre," he said.

He and his wife, Margaret, who also carried out the conservation management plans for the city's southern and northern cemeteries, will pull together all the information on the prison, do additional research and consult other heritage experts about the building and provide the trust with a detailed plan.

Mr Betteridge said that the plan would primarily be driven by the historical significance of the building, its rarity, its architectural significance and its surroundings.

"It appears to be the only surviving courtyard prison of its type in Australasia."

That would also encompass social values, which were the hardest to assess, although the fact the building was on the Historic Places Trust and Dunedin City Council registers of historic buildings suggested there was value in it.

Other areas to be canvassed included constraints on development, opportunities, condition of the building and access as a "happy balance" between retention of its historic aspects and becoming a viable tourist operation.

"It is a real opportunity to turn it into a model and centrepiece for talk about the history of prisons in New Zealand."

The 16-week project would involve the Betteridges returning to Dunedin to complete the fieldwork later this month.

It was a challenge Mr Betteridge was looking forward to.

"You never know what will come out of the woodwork."