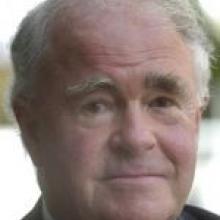 Neil MacLean
No decision can be made about a possible coroner's inquest into the Bain killings until further consultation takes place.

"A consultation process is under way and some issues are required to be worked through before any decision can be made," the chief coroner, Judge Neil MacLean, said in a statement yesterday.

He expected to be able to make a fuller announcement by the end of next week.

David Bain was acquitted by a retrial jury in the High Court at Christchurch late last week on charges of killing five members of his family in Dunedin on June 20, 1994.

Lawyers say one implication of the acquittal is that Robin Bain killed his family, then committed suicide.

As a result, death certificates issued earlier might not be correct.

Judge MacLean, of Auckland, said recently that he would be discussing a possible coronial inquest with a Dunedin coroner, Jim Conradson, and Otago-Southland coroner, David Crerar.

Approached for comment, Mr Crerar said yesterday that further consultation was required, including with "a number of parties".

Mr Conradson said in an interview yesterday that after the first Bain trial in 1995 and the outcome of an initial appeal, he had decided not to hold an inquest into the family deaths at that stage.

In the light of the initial court findings, the deaths were not regarded as unexplained and an inquest had not been legally necessary or appropriate at that stage, he said.

Judge MacLean said there was considerable media interest in "what may or may not happen" in terms of further coroner investigation into the deaths of Robin Bain and Margaret Cullen Bain, and their children, Arawa Cullen Bain, Laniet Cullen Bain and Stephen Cullen Bain.

Some of the issues being considered arose from the fact that the initial involvement of a coroner was under the Coroners Act 1988 which was in force at the time of the deaths.

"I ask for some patience from the media while these and other issues are explored."