Bain's fight for freedom 'borders on a tragedy': Guest 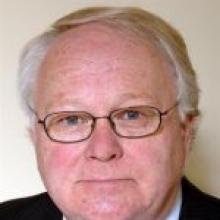 And, almost 15 years on, Mr Guest yesterday told the Otago Daily Times he was not surprised by yesterday's five "not guilty" verdicts.

"I think there was doubt in the first trial. That makes me feel sorry for David and what he's gone through.

"I think for any person to be convicted 14 years ago, and then 14 years later it is found that the Crown have not proved it beyond reasonable doubt, borders on a tragedy."

Mr Guest said he had followed the second trial closely, and believed evidence that Laniet planned to confront father Robin over incest allegations was crucial.

Mr Guest had sought to have the evidence included in Mr Bain's first trial, but it was ruled inadmissible and excluded.

With the evidence included in the second trial, there was always "a large chance" reasonable doubt meant Mr Bain would be found not guilty, he said.

Mr Guest told Radio New Zealand he did not personally believe it, and was sad that it had been used, but the evidence raised a reasonable doubt in the mind of the jurors.

"That would make a substantial difference to the jury.

"The Crown were making a very good fist of it . . . but at the end of the day, with such an awful allegation of five deaths in this way, you have got to be pretty damn sure."

The legal process Mr Bain had been through was "unfortunate", but also "the system working", Mr Guest believed.

Mr Guest said he had not had any contact with Mr Bain since his first trial, and had no plans to contact him now, but wished him "good luck".

The Crown prosecutor in Mr Bain's first trial, Bill Wright, of Dunedin, did not wish to comment yesterday.