Beneficiary fighting on in court 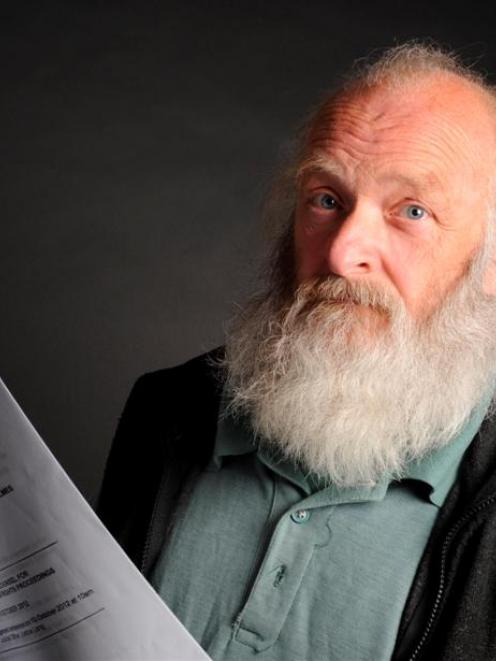 Mr Holmes (58) has been awarded $17,000 in damages by the Human Rights Review Tribunal, to be paid by Winz for twice breaching the Privacy Act 1993 in respect of Mr Holmes' requests for personal information. The tribunal also ordered Winz to undertake a thorough review of its processes.

But its decision, dated August 30, has been appealed by the social development ministry.

The appeal was first called in the High Court at Dunedin yesterday, when Justice Graham Lang set a hearing date of February 7 next year.

Dunedin crown counsel Craig Power appeared for the ministry, Mr Holmes represented himself and Dunedin lawyer Taryn Gudmanz appeared for the Office of Human Rights Proceedings, which wished to be heard in respect of the case. All parties were given two weeks to file documents for a second court appearance in Dunedin on November 8, when further deadlines would be set for the February hearing.

Speaking to the Otago Daily Times outside court, Mr Holmes said he had "no end of trouble" with Winz since becoming a beneficiary years ago.

He moved to New Zealand in 1997 from England, where he was a self-employed painter.

But just two weeks shy of his 59th birthday, Mr Holmes doubted he would find work.

His vision was not good and he could not afford glasses.

"I just keep on fighting and they [Winz] don't like it," he said.

He asked Winz for personal information in August and October 2010, in an effort to understand why his benefit payments had changed by about $3 a week.

Mr Holmes complained to the Privacy Commissioner, claiming Winz did not take his requests seriously and did not respond to him in the time required by the Privacy Act.

The Human Rights Review Tribunal heard Mr Holmes' case last December and found in his favour, awarding him $17,000 in damages for humiliation, loss of dignity and injury to feelings.

It ordered the ministry to review its processes to ensure full compliance with the Privacy Act and its own objectives and purposes.

Yesterday, Justice Lang made an order temporarily staying the review and payment of damages.

He also suggested a lawyer be instructed to provide legal advice to the court on points of appeal raised by the ministry, as Mr Holmes planned to represent himself and was not legally trained.

"I think it's important I have the benefit of legal input into your side of the case and I have it in mind to appoint a lawyer. The state would meet that cost," Justice Lang said.

But Mr Homes strongly opposed the suggestion, saying the court system was supposed to be user-friendly and he did not need a lawyer.