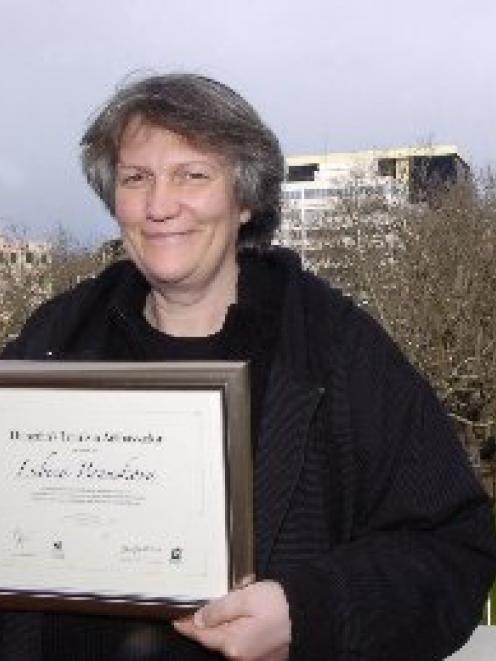 Lubica Benuskova, of Dunedin, who has been named "Dunedin's Best Ambassador" in Tourism Dunedin's Passport competition. Photo by Jane Dawber.
She may have lived in Dunedin for only two years, but Lubica Benuskova is already a passionate advocate for the city.

The University of Otago computer science lecturer was yesterday named "Dunedin's Best Ambassador" in the Tourism Dunedin passport competition. She received a certificate, a year's free rates and tickets to the Dunedin Chinese Garden, presented by Dunedin Mayor Peter Chin.

Dr Benuskova, who is originally from Slovakia, has lived in New Zealand for seven years. She showed all her friends around the city when they came to visit, she said.

"They love it and I think some of them are jealous."

There was so much for people to do in Dunedin, she said.

"Nature is at your doorstep."

Tourism Dunedin marketing manager Michelle Jack said it was great Dr Benuskova had won the award because she was making people aware of Dunedin.

The passports were part of the Dunedin Difference campaign and included discounts and offers from Dunedin businesses.

The campaign had had varying degrees of success and most businesses were pleased with it, Ms Jack said.

About 25,000 passports were given out around Canterbury, Otago and Southland.