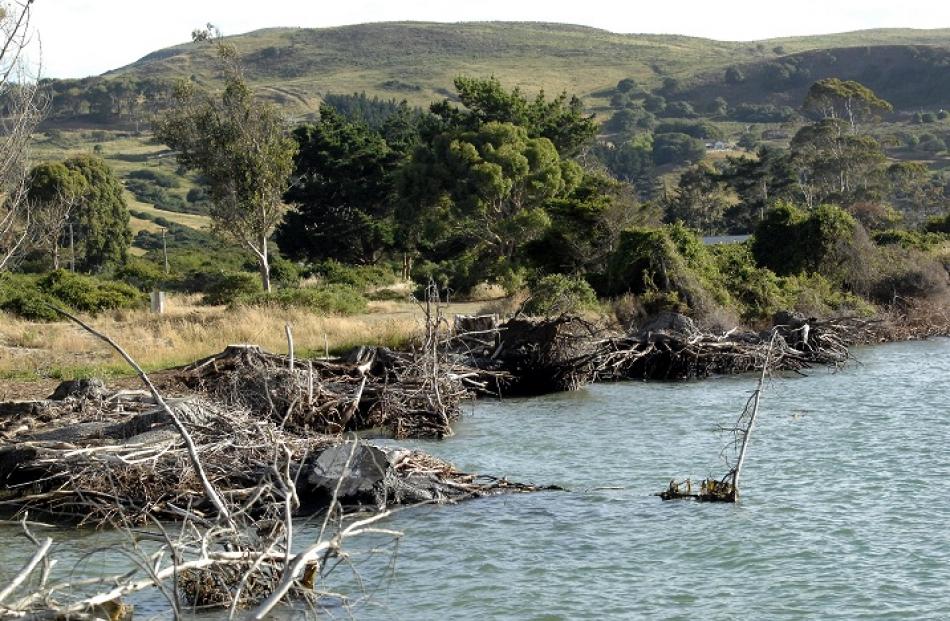 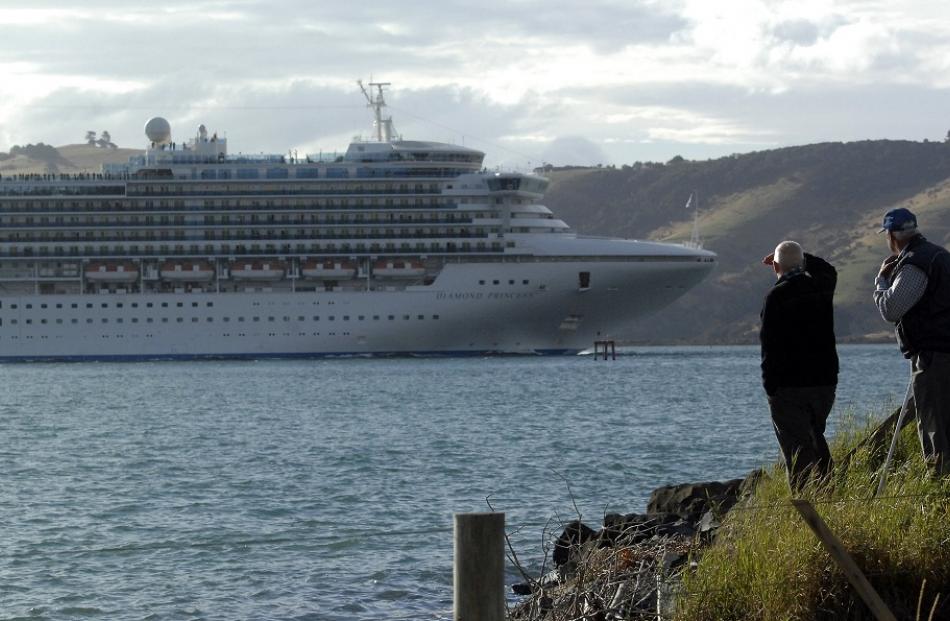 Residents are calling for action to save homes from erosion on a vulnerable strip of Otago Peninsula, amid claims waves from passing cruise ships and container carriers are making the problem worse.

Otago Peninsula Community Board chairman John Bellamy said erosion at Te Rauone Beach, near the entrance to Otago Harbour, appeared to be getting worse, with up to 20m of land lost in places in the past year.

The erosion came amid a series of strong southwesterly storms last year, but Mr Bellamy claimed passing cruise ships were exacerbating the problems by pushing waves on to the shore, stripping away sand and earth.

Other residents said large container ships were the worst offenders, creating 2m-high "walls of water" that at high tide could wash over a low point in Harington Point Rd.

The claims prompted a denial from Port Otago chairman Geoff Plunket, who said the largest container ships had posed some minor problems but strong southwesterlies, rather than cruise ships, were mainly to blame.

The breakwater would protect against erosion, but an application for consents from the DCC and Otago Regional Council was on hold pending DCC funding, he said.

Port Otago would cover the cost of sand replenishment and other work but wanted DCC funding for the $160,000 breakwater, which would also protect a council reserve in the area, he said.

Mr Orders said there was no budget for the project, and any funding would have to be considered as part of the council's annual plan process.

The developments came as residents told the Otago Daily Times of the extent of problems faced at Te Rauone Beach.

Mr Bellamy said the start of regular visits by large cruise ships "seems to have exacerbated" erosion in the area in recent years.

Vessels entering the harbour headed straight for Te Rauone Beach before turning away to follow the channel to Port Chalmers, sending waves surging up the beach. These could wash over a low point in Harington Point Rd at high tide, and had even reportedly washed a campervan off the road two years ago, he said.

Hoani Langsbury, a resident and community board member, said large container ships entering the harbour sucked water away from the beach, then sent it back as a 2m-high "wall of water".

The wave could inundate Harington Point Rd at its lowest point and reach the driveway of his house, on the inland side of the road.

The inundation could last for more than one minute and was "certainly" a danger, although residents now knew what to do when they saw container ships approaching, he said.

"When we see a container ship ... we make sure we are clear of the beach."

He had seen a bus being dragged 1m back towards the harbour by the force of the retreating water, and knew of motorists who came around a sharp bend in the road to find "the road's just not there".

"All you have is harbour, right up to the bank where the road used to be, until it's receded."

He had not seen the same waves being generated by cruise ships, but said wakes from container ships were "definitely" contributing to erosion.

"The southerlies erode the vegetation that's holding the banks together, and then when the wakes of the ships roll along the beach, they drag that sand out."

The group would submit to the city council's budget hearings in May, calling for the work to be funded urgently, he said.

Without action, homes would "definitely" be at risk within the next year, he said.

Some homeowners had built their own breakwaters from rocks and tyres, despite threats of prosecution by the Otago Regional Council, and one house "almost sits now out on an island" as surrounding land had been lost, he said.

The beach was losing up to 5m a year on average, but up to 20m in some places in the past year, he said.

Long-time resident Ray Owens said about 40m of land had vanished from in front of his home over 18 years, bringing the shoreline to within 10m and undercutting his garage.

Storms were mainly to blame but waves from passing cruise ships were contributing, he agreed.

Community board member Lox Kellas also said the "surge" of water up the beach from ships' wakes could be a hazard.

"The problem with that, of course, is if people on the beach there aren't aware of what that could do. It could knock a kiddie over and then drag them out as well."

The erosion concerns dated back decades, but had most recently been raised by residents in 2008.

Port Otago proposed restoring the beach as part of its "next generation" project in 2010, but that was yet to proceed.

Last week, Mr Plunket said the company had worked with residents on the proposed breakwater, and spent $30,000 on modelling, design and consent work. The company would cover other costs, including transporting 45,000cu m of sand dredged from the harbour to the beach, and expected a total bill exceeding $160,000, but wanted council funding before filing its consent applications, he said.

Mr Orders confirmed holding "cursory" talks with Mr Plunket and ORC staff, but said the city council had no budget for the project. Any consent application would be dealt with in the normal way but any funding request or submission would need to be considered as part of the council's annual plan process and compete against "many other" unfunded projects.