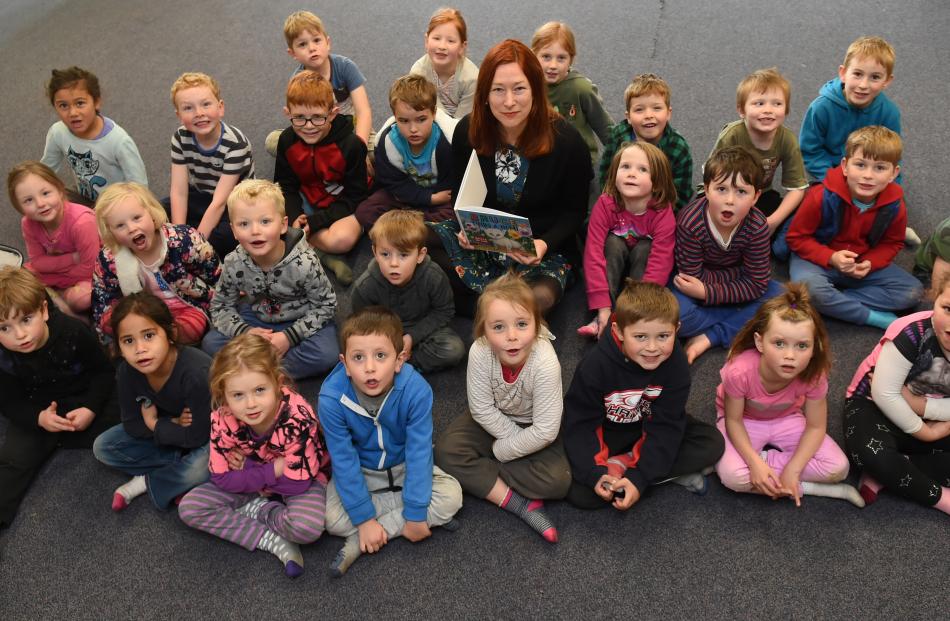 Year 1-3 Port Chalmers School pupils surround author illustrator Kathryn van Beek during her visit to the school yesterday to read her book about Bruce the cat and his life in Port Chalmers. Photos: Gregor Richardson. 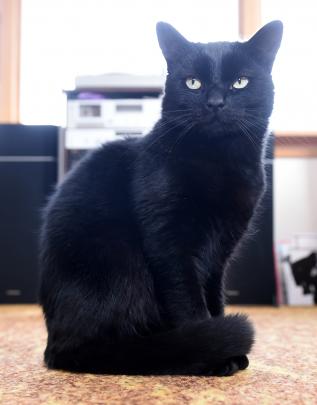 An online superstar chose to have a catnap instead of attending the first reading of a book about him yesterday.

Bruce the cat shot to fame in a blog written by his owner, Kathryn van Beek, which detailed everything from how he was found as a 1-day-old kitten abandoned on an Auckland street to his move to Port Chalmers in Dunedin.

The 1-year-old tom now has 31,000 Facebook followers and his very own children's book Bruce Finds a Home.

Ms van Beek, who wrote and illustrated the book, read it to a test audience of year 1-3 Port Chalmers School pupils yesterday.

Many of the children were unaware they shared their neighbourhood with the famous feline.

The hand-drawn illustrations of Port Chalmers streets drew comments of recognition from pupils during the reading.

Katiya Brassell-Jagger (7) said Bruce's story was particularly ''cool'' because he, too, lived in Port Chalmers.

Following the reading, Ms van Beek was peppered with questions from the pupils.

Who was more famous, the author or the subject, was the most simple to answer.

Bruce could not be coaxed from a spot on Ms van Beek's bed for the reading.

However, when the book was officially launched, the school hoped the elusive moggie would visit.

The book would be funded through crowdfunding platform Kickstarter.

People who contributed to the book would receive a copy when it was published.