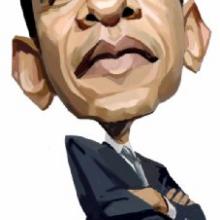 Barry MacKay
Seventy University of Otago staff and about 240 students are being moved out of the university's St David II Building after an engineering report raised concerns about the building's structural safety in the event of an earthquake.

The staff and students are involved with the university's Foundation Studies Programme and the Otago Language Centre.

University property services director Barry MacKay said a thorough investigation was carried out on the nine-year-old building, which is sited behind the university's Centre for Innovation complex, after an exterior ramp collapsed early this year.

"An initial physical investigation revealed no further problems, but we decided to obtain an engineer's report on the building," Mr MacKay said.

The report, which arrived last week, indicated concerns about some aspects of the building's structural safety in the event of an earthquake.

"A decision to vacate the building was considered the most appropriate course, and allows us to undertake remedial work with the least disruption and within the shortest timeframe," Mr MacKay said.

Remedial work, including strengthening, is expected to take about eight weeks, although final time frames and detailed costings were yet to be confirmed, he said.

Staff and students were being relocated to the temporarily vacant Owheo building, part of the former Dunedin College of Education, on the corner of Forth and Union Sts.

The college became part of the university through a merger, on January 1 last year.

Staff and students were briefed at a meeting on Monday.

Only one university mid-year examination was affected, and it is being transferred to a new location.

Foundation Studies activities were expected to be back to normal by tomorrow, officials said.

There were plans for the Owheo Building to become home to the university computer science department.

However, the project was in the design phase, so the space was available for use.