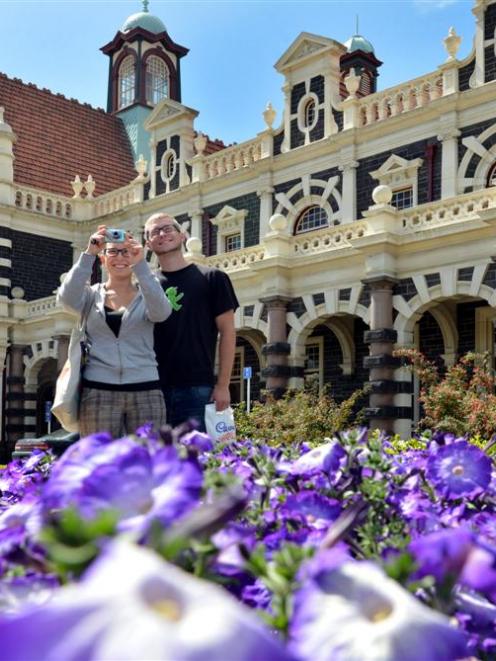 Operators report a greater number of visitors are spending more money, including on luxury items.

That boded well for all operators, particularly those offering high-end products, he said.

''We've had great feedback from members of the local visitor economy, who are pleased to see the return of growth and who are noting successful, even record, numbers. It's exceptionally pleasing,'' Mr Saxton said.

Classic Jaguar Limousines managing director Steve McNulty said business was up 40% on last year, and was better than it had been for at least four years.

He partly credited a great cruise ship season and slight changes in the passenger demographic.

''It's one of the best cruise seasons we've seen.''

There were more ''big spenders'' from the United States, Germany and South Africa, and typically ''budget-conscious'' Australians were spending more, he said.

''Our Dunedin city heritage tour is one of the most expensive, and our private vehicle hire is an expensive option, but there has been enormous growth right across the business.

"It's a good news story as far as we're concerned, and I know other operators are experiencing similar things,'' he said.

Last January, about 16,000 people visited Cadbury World, but there were more cruise ship visits that month than in January this year, she said.

''This year, we've got more cruise ships in February. Spend is also up. We are noticing people are happier to spend money than they were last year.''

Chocolate was considered a luxury product and people seemed to be more willing to indulge, Mrs Ruwhiu-Karawana said.

''People also seem to be in good spirits, generally, despite the rain. I think the weather has probably worked in our favour too, because we are close to town and an inside operation,'' Mrs Ruwhiu-Karawana said.

Speight's Brewery tours were ''chocka'' and had been since before Christmas, staff members said.

Toitu Otago Settlers Museum visitor experience manager Kirsty Glengarry said more than 22,500 people visited the museum in January, and there were 29,000 visitors between December 10 and January 2 when Pixie Town was on display.

Ms Glengarry said the numbers were pleasing, and it was likely the weather had helped.

''Usually in summer there are more people outside and on the beach, but we are also confident we have a good programme that people enjoy coming to see.''

The museum cafe and shop was opened an hour early, at 9am, on cruise ship days, and Ms Glengarry said it was possible the museum could be opened at 9am if warranted by demand from cruise ship passengers.

• More than 22,500 visitors to Toitu Otago Settlers Museum in January.