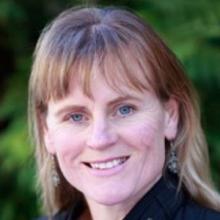 Rachael Taylor
A tougher stance on junk food advertising could provide a cost-effective way to tackle child obesity, an Otago authority says - but it remains to be seen whether the idea will be implemented in New Zealand.

Yesterday it was reported the British Government was introducing strategies to combat child obesity, including forcing restaurants and takeaway outlets to show calorie numbers clearly on their menus, and potentially banning junk food advertising on television before 9pm.

University of Otago Edgar Diabetes and Obesity Research Centre director Prof Rachael Taylor said modelling studies showed getting rid of junk food advertising was the most cost-effective solution when it came to combating obesity among children.

Regulation of advertising in the food industry was voluntary in New Zealand, Ms Taylor said.

While she would be watching the outcome of the UK proposals, Prof Taylor noted it was a step the New Zealand Government had so far declined to take.

Legislators had traditionally been ``relatively reluctant'' to get involved in this kind of issue.

Reducing exposure to advertising was also more difficult now, with children watching online video from a variety of sources and on their devices.

Three years ago the Horizon Research poll found 40.5% of New Zealanders were strongly in favour of greater restrictions to reduce the advertising of unhealthy food and drink to children, and 31.5% ``somewhat'' in favour.

Encouragingly, the rate of obesity in New Zealand children under 5 years old appeared to be coming down, but the rate of childhood obesity was still higher than in the UK, Prof Taylor said.

One-third of all children were overweight, with 50% of Pacific Island and 40% of Maori children overweight.

New Zealand also has the third highest rate of adult obesity in the OECD, behind the United States and Mexico.

With regards to the other proposals, Ms Taylor said while she supported people having more information about their food in the form of calorie counts, it was ``the worried well'' who would actually make a change in their diets.

Ideally it would also be good to have more information about the nutritional value of food, though there would be a risk people would not be able to understand.

Other measures proposed in the UK were promoting a ``daily mile'' scheme in schools where children had to complete at least 15 minutes of exercise every day; banning the sale of energy drinks to children; and banning the sale of unhealthy food at checkouts, shop entrances and in buy-one-get-one-free deals.

Reducing the amount of energy drinks children drank ``has got to be a good thing'' because of their high caffeine content, as well as the sugar, Prof Taylor said.

A child having one energy drink was the equivalent of an adult having four or six cups of coffee - which would leave adults ``somewhat wired''.

Some people attributed being overweight and obese to willpower, but the fact obesity statistics had increased showed that that was not correct - unless there had been a ``sudden immense reduction in willpower'' in the population, she said.

What helped some people manage their weight did not necessarily work for others, and solving the problem required ``a concerted effort by everyone'', Prof Taylor said.

Why are the well worried? They surely can't be a priority for Public Health.