The refurbishment of the old University of Otago school of dentistry building will be ongoing during the holidays. PHOTOS: GERARD O'BRIEN 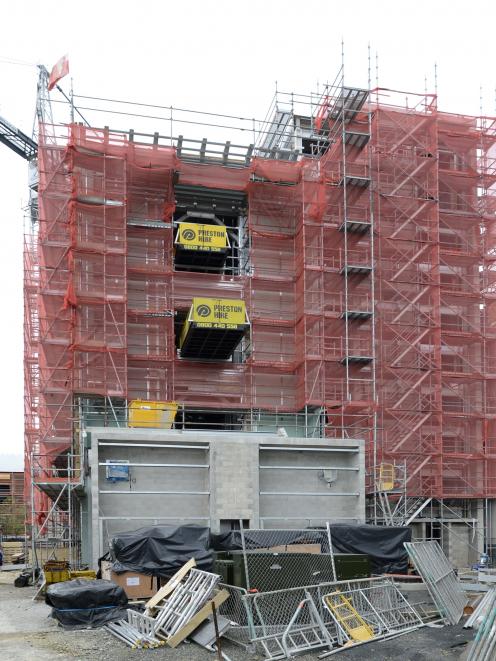 The university's new animal research building will come together over the holidays, view from Malcolm St.
The University of Otago's $26 million music, theatre and performing arts complex and its new research support facility will continue to take shape over the summer holidays - and the new recording studio section of the complex is scheduled to be operational by the start of semester one.

"A team of contractors is making good progress and will be working on site until handover in February," a university spokesman said.

Otago's five-storey $50 million research support facility - in which animal and other types of research will be carried out - is based on Great King St and is also running on time, after delays due to boulders in the soil this year and the unexpected discovery of asbestos in 2017. It is expected to be complete in the middle of next year.

Painting at Hayward College will get under way during the break but no overhauls of other residential colleges are expected in that time. 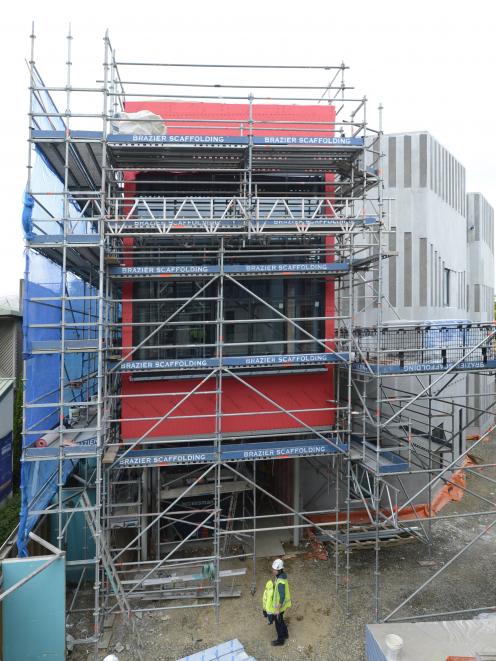 The new University of Otago music, theatre and performing arts building on Union St emerges.
Exams finished on November 9, and students will return on January 6 if attending summer school - semester one will begin in mid-February.

Other ongoing building work at the university includes the refurbishment of the Walsh Building, the second and final stage of the $130 million revamp of the dental school, and the construction of a $28 million dental school in Manukau, due to be be completed in 2020.

"Demolition [of the Walsh Building is] largely complete and services and framing being installed on the upper levels. The project is scheduled to be completed by the end of 2020."

The university's music, theatre and performing arts development had received a Maori blessing and a ground-breaking ceremony had been held at the construction site in August last year.