NZ has role in world heritage site in Laos 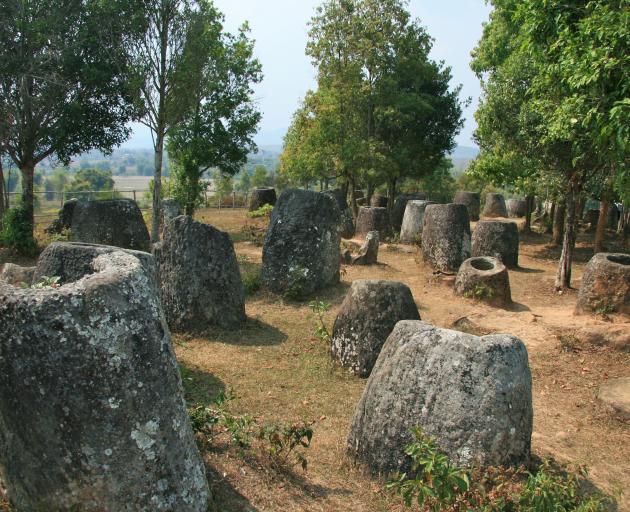 The Plain of Jars archaeological site in Laos. Photo: Getty Images
A field of prehistoric jars in Laos has become a Unesco World Heritage Site, in part due to work done by a University of Otago palaeopathologist.

The Plain of Jars consists of more than 100 sites, each containing between one and nearly 400 ancient, giant stone "jars", some up to 3m tall.

The jars' purpose, and the people behind them, have remained a mystery since they were first scientifically studied in the 1930s, although they have long been associated with human burials.

Secondary burials, human remains reburied after an initial interment or disturbed after burial, were also found in the ground beside the jars and in smaller pottery vessels.

Many had died at the foetal stage, or in early infancy.

Prof Halcrow said she hoped she had contributed to piecing together the puzzle of who was associated with the jars.

However, a mountain of research was still possible in the Plain of Jars.

"The bioarchaeological work is significant as it has shown there was likely a large population that was possibly growing in size at or near the site at this time.

"And this is particularly interesting in light of the new dates that could place this site as being used within the Angkorian Empire."