What are fees-free students actually studying?

Critics of the scheme say that indicates the funds are likely helping students from wealthy families - who could have afforded to go to university anyway.

The fees-free was one of Labour's flagship election policies - to give new students, and anyone who had done fewer than six months of study in the past, one year of free tertiary education.

According to figures released to Checkpoint under the Official Information Act, it appears to have been most popular with students looking to pursue a career in medicine or business.

The top five courses with the highest enrolment numbers focused on health science at the University of Otago - the fifth and sixth most popular were University of Auckland business and accounting courses.

Medical courses at Otago University and business courses at the University of Auckland have had the highest number of students enrolled due to the government's fees-free funding. Photo: ODT files

Former chair of the Reserve Bank and Victoria University Public Policy professor Arthur Grimes said it wasn't surpising the numbers were skewed towards larger courses - but they also painted a picture about who was likely benefitting from the fees-free scheme.

"Those kinds of courses tend to draw on students who have been in upper-decile schools ... people coming from richer family backgrounds," Prof Grimes said.

"A lot of the money is going to students from reasonably wealthy backgrounds."

Over the first year of the scheme, just more than 47,000 students and trainees received fees-free tertiary education.

Among those were 74 students who had their Professional Scuba Diploma funded at a cost of $909,041 all up, 52 students who received their Certificate in DJ and Electronic Music Production, and five students who completed a Diploma of Yoga for $30,000.

National MP Shane Reti questioned the usefulness of that spending.

The top five courses with the highest enrolment numbers focused on health science at the University of Otago. Photo: Jessica Wilson

"I'm aware of the Immigration New Zealand Skills Shortage List - I do not see scuba-diving, DJing and yoga on that skills shortage list."

Dr Reti said while there may be value in such courses, he was sceptical.

"If they are scuba instructors who generate revenue, generate income, maybe teach others or work themselves, then there's actually a logical explanation for that - it still seems like a lot of money.

Prof Grimes said there were questions about the value of the whole scheme.

He said in the past, free tertiary education had balanced out with high taxes - but that wasn't the case with the latest roll-out, which meant it favoured rich New Zealanders.

"Now we have a situation where people coming from wealthy backgrounds get fees-free [qualifications], and they don't pay much tax, because we have low tax rates in New Zealand," he said. 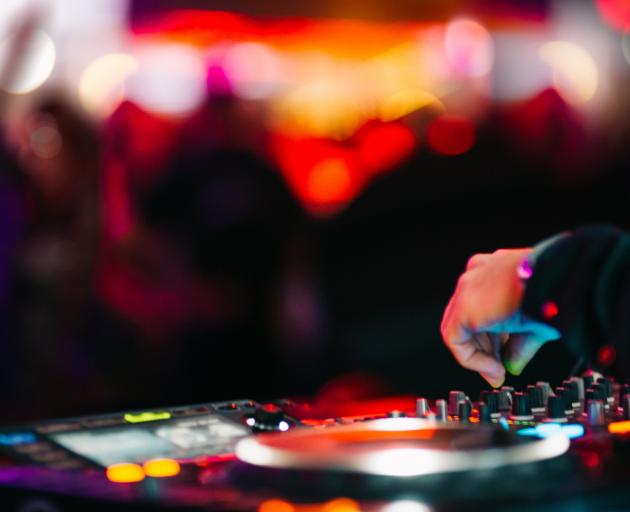 "We seem to have a system that really favours the wealthy, both at the time when they're studying and when they're earning - and it's difficult to see the rationale for that."

However, Education Minister Chris Hipkins said the government had always planned on making the fees-free scheme available to all vocations and education types.

"We were never going to exclude professions like medicine, like law - you know, the white collar professions," he said.

"This is a subsidy that's applied to all forms of post-school education and training, where it leads to a recognised qualification."

"Scuba diving is an area where we do actually have a skills shortage - believe it or not," he said.

"There are industries that require scuba diving, industries with underwater infrastructure are often reliant on a scuba diving workforce, and it's not a particularly large workforce."

Labour's original policy was to extend the initial one-year fees-free to cover two years worth of fees after 2020, and then three years from 2023.

As yet, no funding has been allocated for that post-2020 rollout - Mr Hipkins said no decisions had been made.