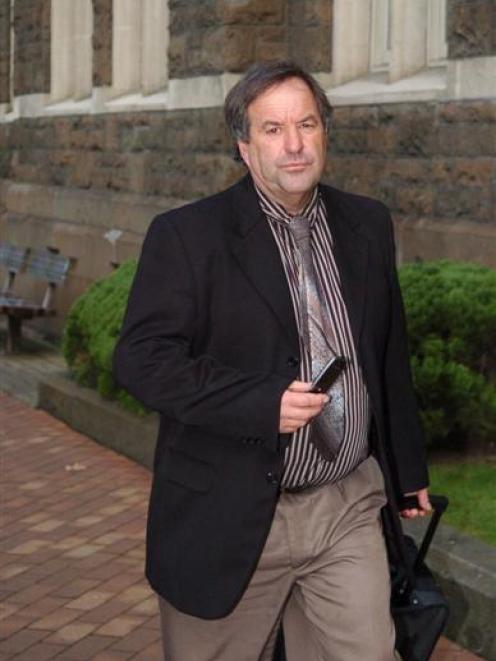 Basil Walker outside the High Court in Dunedin earlier this year. Photo ODT files.
The only current legal challenge to the Forsyth Barr Stadium appears to be in limbo.

Queenstown man Basil Walker said yesterday he had filed the necessary papers for security of costs so his appeal hearing could go ahead, but the Otago Regional Council said it was yet to receive security.

Security is required before a hearing date can be set.

In May, Mr Walker took the regional council to the High Court at Dunedin in an attempt to block the council granting $37.5 million for the stadium.

He was unsuccessful, after failing to persuade a High Court judge the funding process was unlawful.

Mr Walker lodged an appeal against the decision in July.

He said this week the appeal was "proceeding along" and he was not in a hurry.

"My purpose is not to stop the stadium.

"It's to stop Queenstown paying for the stupid thing.

"The security is no issue.

"I have filed the required papers with the appeal court and they have been accepted without a reply being required."

But regional council chairman Stephen Cairns said he had not yet heard from the council's lawyers it had been received.

"I'm sure if it was true, if security had been put up, I would know."

Mr Cairns also said to his knowledge there had been no resolution on costs for the last hearing.

Mr Walker's costs were $12,890, but he claimed last month he could only pay $100, an amount he said was all he was legally allowed to pay as an undischarged bankrupt.

Mr Cairns said that issue was "a work in progress".

Mr Walker responded last night the issue had been dealt with.