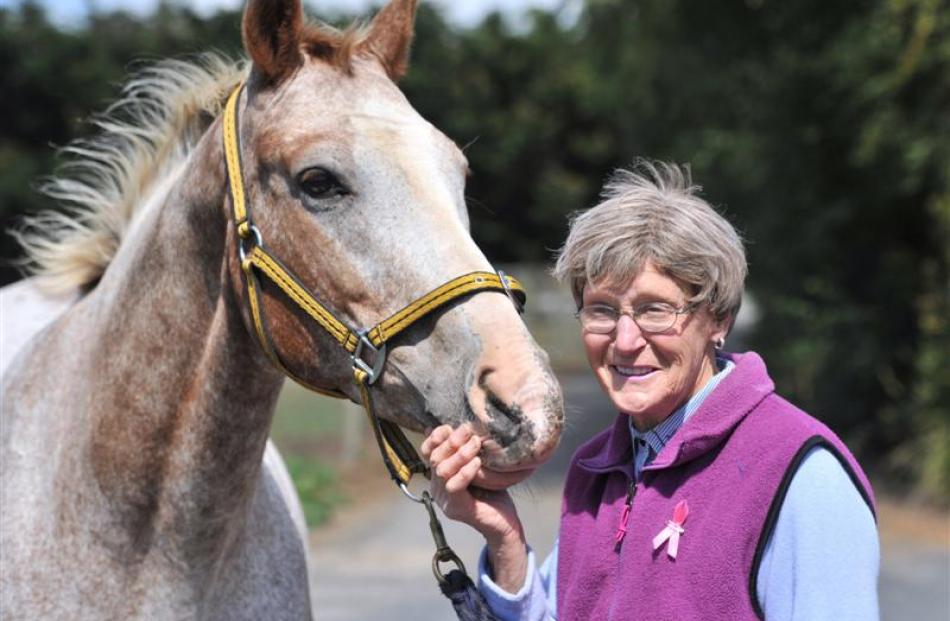 Cavalcade veteran Alice Sinclair, of Mosgiel, hopes to complete many more cavalcades with her horse Missy. Photo by Linda Robertson.

Mosgiel resident Alice Sinclair is making history this week, trekking with her horse Missy in the annual Goldfields Cavalcade.

The 78-year-old is one of just a few people to have completed every cavalcade, and is currently midway through her 22nd.

Husband Len (85) is providing back up.

Mrs Sinclair said she loved everything about the cavalcade - the back country, the adventure, the people and the food.

''It's terrific to get away from the telephone and the business and get up into the hills. We always cover marvellous country which you normally wouldn't get to see, and meet up with everyone.''

She has no intention of missing the annual trek, which also serves as her holiday from her busy life on the Taieri.

''Not unless I drop dead or my horse does. One or the other,'' she said.

Almost five years ago she tried to jump a ditch and broke her leg, giving Mrs Sinclair no choice but to put her down.

Mrs Sinclair travels in the light wagon trail, sleeping each night with Mr Sinclair in their 4WD, which he uses to tow Missy's horse float, as well as provisions.

''We used to tent and then we slept in the horse float for a while. Now we sleep in the 4WD, which I put a big mattress in the back of, so it's nice and warm and comfortable.''

Mr Sinclair has been on all but one cavalcade, and used to ride until about five years ago when he sold his horse.

Mrs Sinclair said all cavalcades had their own highlights, but one which finished in Wanaka was particularly special.

''When we started to get into Wanaka, the whole town was lined with people from one end to the other. It was terrific.''

The cavalcade ends in Ranfurly on Saturday.