Charity clocks up 20 years of service 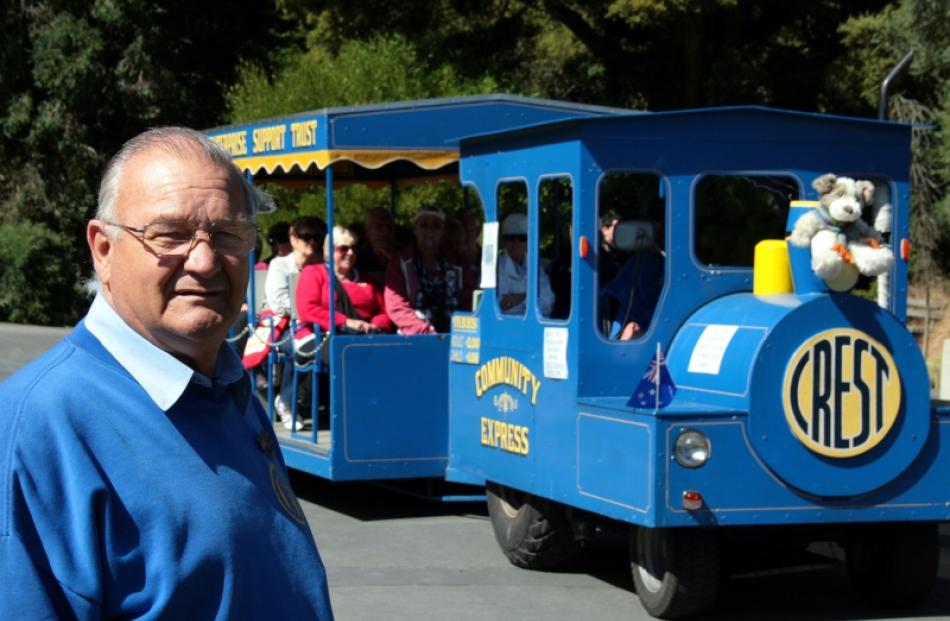 Children's Recreational Support trust (Crest) president Arthur Linnell watches another trainload of happy passengers cruise through the Dunedin Botanic Garden on the train. Crest is celebrating 20 years of taking tours around the garden. Photo by Dan...

It has been 20 years since a distinctive blue train first started ''tooting'' and rattling around the Dunedin Botanic Garden.

The Children's Recreational Support Trust (Crest) train was the brainchild of its president Arthur Linnell and two others.

''We had a discussion about forming a charitable trust and within 12 months we had enough to buy the tractor and train,'' Mr Linnell said.

The first day of operation was on the same day as the Lions Lark in the Park in February, 1993.

Last month, the Crest train carried its 100,000th passenger and Mr Linnell said the organisation had given out more than $30,000 in grants to organisations involved in health and for children to attend camps and do other activities their parents could otherwise not afford.

He said Crest was quite an unusual charity in that it provided a service to the community and then used the money raised to benefit more people.

''The train is an important part of the gardens now.''

The Crest train has never been able to operate in the upper gardens because the bridges are too narrow.

To get around that problem the trust bought a narrower, electric-powered vehicle - the Shuttlebug - that could cross the bridges and access the higher part of the gardens.

Mr Linnell said that had opened up the gardens to a whole new group of people who had not been mobile enough to walk the steeper sections of the gardens.

''For some people it is the only way they can get around the gardens.''

He said the volunteers who drove the Shuttlebug and the Crest train did not see it as a job.

The trust was ''100% self-supporting'' and had always enjoyed a good relationship with the garden management over the years, Mr Linnell said.