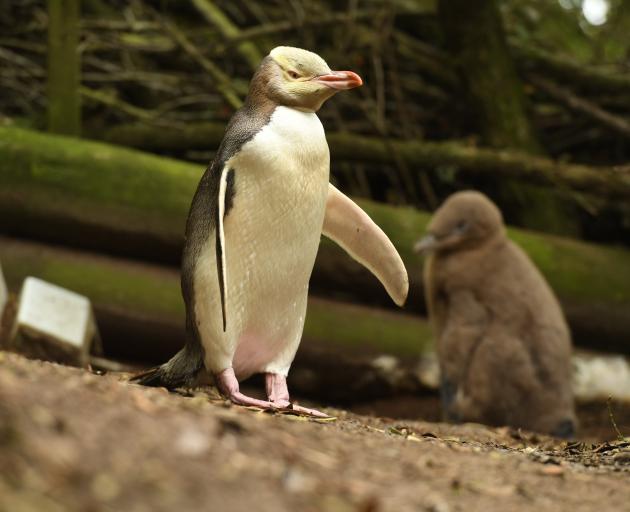 A yellow-eyed penguin. PHOTO: ODT FILES
A stronghold of yellow-eyed penguins on New Zealand’s subantarctic islands looks to be stable now, but looming threats of climate change mean even there they face an uncertain future, a researcher says.

More than 260 penguin specialists from throughout the world are in Dunedin attending the 10th International Penguin Conference.

The conference, which started on Saturday and ends on Wednesday, is hosting about 80% of active penguin researchers.

The species’ population is quickly declining on New Zealand’s mainland, which is leading some researchers to say that without heavy intervention they could be functionally extinct in that area in 10-15 years’ time.

However, the Subantarctic Island populations are separate and are, for some, the hope for the future of the species.

Mr Muller’s research shows the population on the Auckland Islands is much more stable.

Through several research trips, some using a custom-made wildlife monitoring drone, he estimated breeding pairs numbered anywhere from 444 to 992.

The last population survey of the penguins on the Subantarctic Islands was in the late 1980s.

"There has possibly been a decline, even though it seems stable at the moment," Mr Muller said.

This was dependent on prey availability, which was likely impacted by climate change.

Ideally it would not be another 30 years before the next penguin population survey in the area, he said.