A celebrated Dunedin artist is puzzled and indignant at how one of his paintings ended up at auction in London, supposedly signed by the late Colin McCahon.

The painting John Z Robinson did as part of a tribute series to the New Zealand artist recently sold at auction in London as Lot 477 in the Chiswick Auctions catalogue - "Colin McCahon untitled oil on paper", for 6875 pounds (sterling) - $NZ13,224.

Only the new owner does not have a McCahon - he or she has a defaced John Z Robinson.

Robinson said the owner should have done more homework.

"Anyone who's familiar with McCahon's handwriting - of which there are so many examples, it's clearly not his.

"And the fact that my painting, which is black and white over some very brilliant colour ... he never, ever did work like that." 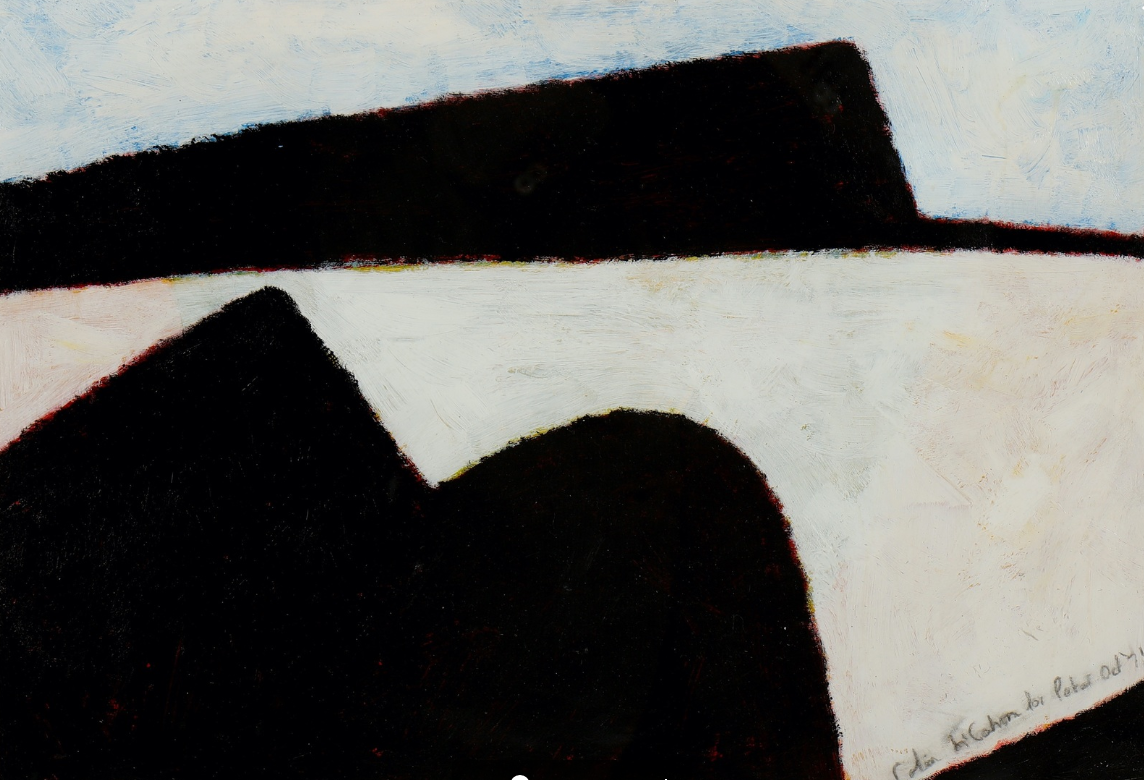 The new owner does not have a McCahon - he or she has a defaced John Z Robinson. Photo: Supplied

The New Zealand art world said it was not only a travesty against McCahon, but against Robinson, who feared people might think he forged the painting.

Robinson said he never met McCahon but his paintings inspired the tribute series after his death in 1987.

They were reminiscent of McCahon landforms but featured Robinson's signature accent of bright colours, in modern acrylic paint.

"They were never intended to be mock McCahons or fake McCahons - they were just a little tribute to what I thought he had done pictorially to advance the art of New Zealand."

The painting in question from the tribute series turned up at auction in Auckland last year.

"And we presented it for what it was - an abstract landscape, oil on paper and inscribed in pencil along the bottom edge: 'Variation on a theme by McCahon, for Peter, from John Robinson'." 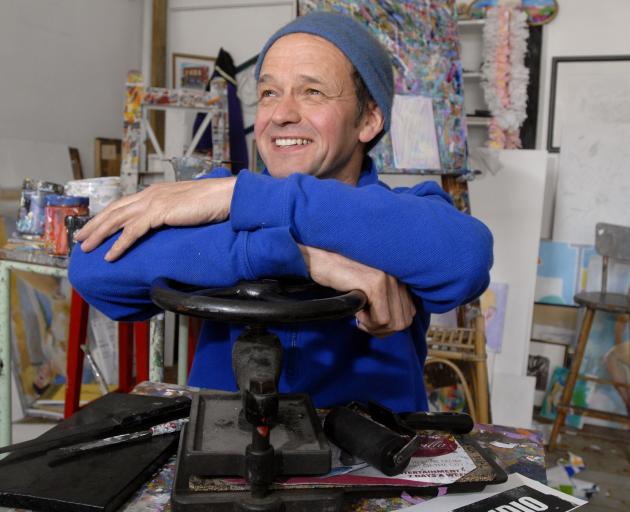 The painting was estimated to be worth $2000, but failed to sell.

In June this year, New Zealand art collectors noticed the painting listed as a McCahon in the catalogue of London auction firm Chiswick Auctions.

Collector Brent Coutts said he was very familiar with Robinson's series, and held images of them on his computer.

He was incredulous at how cheeky the fraud appeared.

"There is a kind of 'pinch' where the landscape form comes down to the bottom of the painting and creates in the lower right-hand corner a black triangle.

"In the original painting there's black right along the bottom."

He said not only had the entire bottom strip been cut off, it got worse:

"And then they've added this fraudulent dedication. It says: 'Colin McCahon to Peter, October '71.

"It's someone who is wanting to pass something off as something it's not, and make money."

No one could remember who in fact Peter was.

McCahon Trust patron Bob Harvey said while it was concerning, sadly, fakes were not unusual.

"I have seen, I have to say, some very - almost original McCahons over many years and I do know that many people have a go at imitation of McCahon, and probably there's a few signatures around too."

Coutts said the London auction firm was notified of the defaced painting before the sale.

Cordy's Auctioneers in Auckland, where the original went up for sale last year, confirmed it alerted the Chiswick auction house in London before the sale.

Auctioneer Andrew Grigg said he never heard back so contacted the International Art and Antique Loss Register, which has registered the painting on its database.

Chiswick Auctions executive director Matthew Caddick said the firm had already investigated the mis-sold work claim and did not dispute it.

Caddick said the auction house had already offered to arrange for the work to be shipped back free of charge and for a full refund to be given to the buyer on receipt.

"On the rare occasions when authenticity/provenance is disputed, we, like any large auction house, obviously do all we can to correct the situation and I'd like to think we're judged on how we deal with these situations, as opposed to being overly scrutinised for making the mistake in the first place," he said.

"We are in discussion with the vendor and intend to reach out to the artist thereafter."

"Forgetting about McCahon's status and fame, this about a painting that someone else has done, which has then been damaged defaced.

Robinson remained indignant, and concerned people might think he was behind the forgery.

"My work has been altered somewhat, by having the proportions altered by them chopping a bit off the bottom - it does alter the composition, and then it's been presented as a forgery."