Communities will have to help pay: Cull 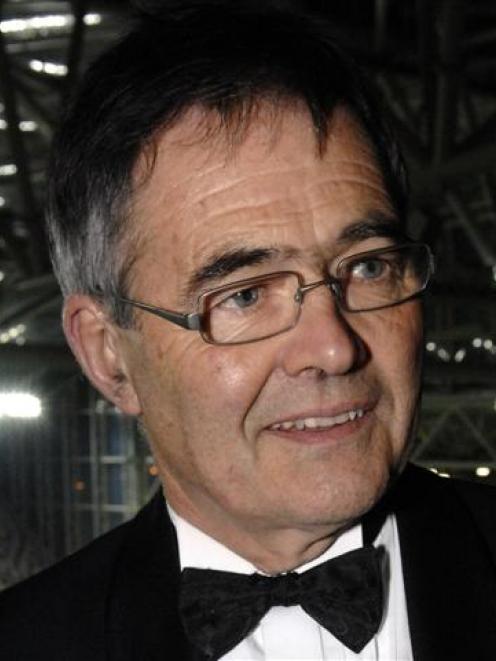 Dave Cull
Communities across Dunedin will need to do more to help pay for projects, as the Dunedin City Council grapples with tight finances threatening to curtail spending on key ventures, Mayor Dave Cull says.

The warning came as councillors met in public yesterday for the start of a two-day meeting to discuss the council's 2012-13 pre-draft annual and long-term plans.

The early budgets forecast a 4.7% rates increase from July 1, but councillors were also grappling with a list of about 40 unfunded projects - including the proposed $11.5 million Mosgiel pool and a new South Dunedin library - yet to be included in the council's spending plans.

The projects had been pruned following instructions to staff to reconsider all discretionary spending to ease pressure on rates.

However, it emerged yesterday councillors had spent much of Monday's workshop - held behind closed doors - determining the priority in which the projects would be ranked.

Mr Cull yesterday told councillors it was clear from Monday's discussion councillors were "of a mind" to include some projects in council spending plans.

However, the council's financial position meant the community would have to do more to help raise money for future community projects, he said.

"My concern is that ...increasingly community projects are going to have to be funded in a partnership with council and community groups. I think in future we will find it isn't within council's means to just stump up with vast amounts of capital."

It was a funding model demonstrated in the past with the Portobello jetty project, involving council and community funds, and also the model intended to fund the reopening of the Caversham tunnel to cyclists.

Mr Cull's comments came as councillors yesterday engaged in an at-times fractious debate, with disagreement over whether unfunded projects to be included in spending plans should be decided yesterday, before the draft budgets were presented for public consultation.

Some councillors believed the draft budgets and a list of unfunded items should be released to seek public views on their merits and affordability.

That would allow councillors to have one debate after consultation and decide which projects were added to budgets.

Others rejected the idea, arguing the council should make hard choices before consultation and provide the community with more information about which projects were in or out, and the likely impact on rates.

The debate continued for more than an hour, until Mr Cull recommended the top five projects identified at Monday's workshop be included in the draft annual plan consultation.

That was an indication the council was considering funding them, he said.

The Maori consultation model was part of work by Ngai Tahu and councils across Otago to improve the way they communicated, and the council's share of the project's costs was just $8000.

Most of the other four projects in the top five also had little or no cost attached to them for the council, meaning rates could still be kept to 5% if the projects were included in the 2012-13 budget, Mr Cull said.

The rest of the projects would also be included in consultation, but on the basis they remained unfunded.

However, Mr Cull's move prompted more disagreement, as some councillors argued other projects should be added to the list of those likely to be funded.

That led to the council's share of the Blueskin Bay library ($745,000) and priority parts of the strategic cycle network ($1.5 million over three years) in South Dunedin also being added to the list, potentially adding to upward pressure on rates.

Cr Bill Acklin said the council, by deferring its share of funding for the Blueskin Bay library, would come as close as possible to breaking a contract, and should stick to its originalcommitment.

Mr Cull agreed, saying delaying the spending would send "a very bad signal" to the community, and leave the council with "no credibility".

However, that meant funding for other projects might need to be reconsidered, he warned.

"It may be something else has to come out," he said.

Cr Syd Brown objected to the inclusion of the priority parts of the strategic cycle network, given its ranking at No 22 on the list of unfunded items.

"I have a real issue with this one ... we are now pulling things from the bottom of our list and starting to reprioritise them.

"We should be looking at the whole list," Cr Brown said.

However, Cr Jinty MacTavish argued the work was needed, as the council's pre-draft budget - as it stood - contained spending of just $224,000 on cycleways in 2012-13.

That was "absolutely unacceptable", given the prevalence of crashes involving cyclists in Dunedin.

She said $224,000 was inadequate to be protecting lives on our roads.

The debate came after Mr Cull, speaking at the start of yesterday's session, urged councillors to strive for consensus.