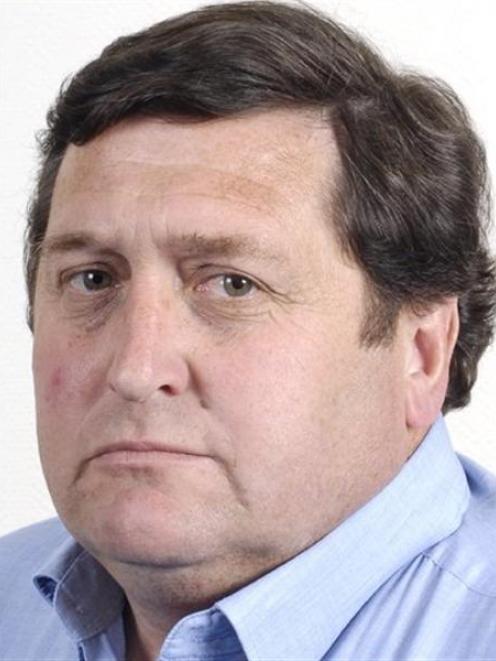 Gerard Collings
At least one Dunedin community board has a firm position regarding what the Dunedin City Council should spend any extra savings on.

Chairman Gerard Collings said the Waikouaiti Community Board's opinion was the council must directly contribute extra savings to debt, and they must not be ''subverted'' to an events fund for the stadium or other discretionary projects.

The board had no issue with money going to stadium debt, but had significant concerns if it was put into an events fund marketing programme that was speculative with regards to a return to service debt, Mr Collings said.

The city's five community board chairmen and one chairwoman brought their board's priority issues to councillors during pre-draft annual plan discussions in Dunedin yesterday.

Most said they understood the council's budget was tight and brought somewhat constrained wish lists to the table.

Many boards placed emphasis on the need to maintain their existing facilities and services and not have them reduced or allowed to degrade, and urged councillors not to take away their $10,000 discretionary funds.

Chalmers Community Board chairwoman Jan Tucker said her board was most concerned about keeping up maintenance of its existing facilities, for example tracks and seawalls. A toilet at St Leonards for users of the shared path was also a priority.

Progressing new aquatic facilities was the issue that stood out for the Mosgiel-Taieri Community Board, chairman Bill Feather said.

The community was waiting for direction from the council regarding what it wanted to do, so it could play its part in fundraising for the facility.

The other pressing issue was problems with flooding in the town centre, and it asked for direction from the council to bring it to the table as a priority.

''We can't continue to grow our town without ensuring the centre of our town is high and dry and that moment that is not the case. I really urge you to look at the work that needs to be done in respect of the infrastructure that supports the centre of town.''

John Bellamy, of the Otago Peninsula Community Board, said Portobello Rd was always the board's first priority, and the board was pleased further work was going to happen this year, however Te Rauone was a more important issue at the moment.

He urged the council to support Port Otago's plan to install a groyne to protect the beach at Te Rauone, and contribute $80,000 to $90,000 for the groyne's installation, which would protect the public reserve from further erosion.

''It is a critical issue. It should be considered very seriously because we don't know how long this offer is going to be on the table for.''

The Saddle Hill Community Board would like to see rural road sealing put back into the annual plan, as well as work on footpath and layby installation in the board's area prioritised, chairman Keith McFadyen said.

Strath-Taieri Community Board chairman Barry Williams said his board wanted what it had to be maintained, not reduced.

His board's main frustration with the council was the time it took to get simple things remedied.

Mr Collings said his board was also opposed to a proposed increase in landfill charges, as it might result in illegal rubbish dumping, and asked that adequate funding be set aside for ongoing management of reserves and coastal areas, and to prevent further degradation of the Mt Watkin reserve.