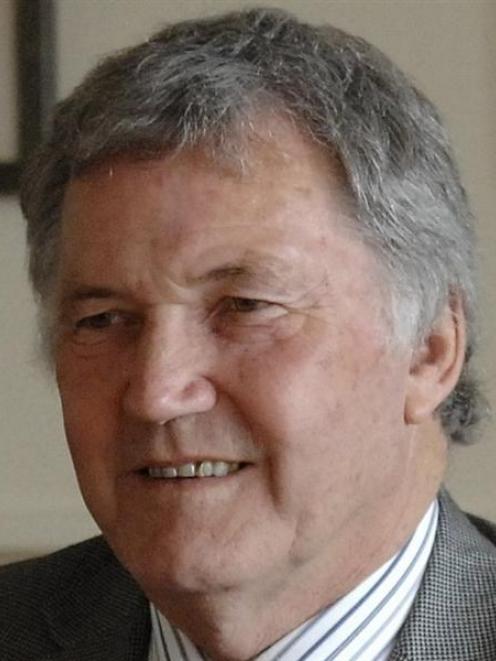 Syd Brown.
Dunedin city councillors will gather behind closed doors today to get to grips with an early budget that forecasts a rates rise of just 2.8% for the coming financial year.

By the end of their efforts, the city's ratepayers are expected to be eyeing a rates increase closer to 4%, fuelled in part by extra spending on debt repayments or some other pressing priority.

Councillors will begin the two-day private workshop on the 2013-14 budget today with presentations by senior council staff and representatives from the council's group of companies.

However, Dunedin Mayor Dave Cull said yesterday it was ''perfectly normal'' to hold the two-day session in private.

He said the workshop was not about making decisions, but privacy would allow councillors to ask questions and pose ''hypotheses'' they would not be able to in public.

''It would not be useful if some of those ... were taken out of context and reported when they were not a decision,'' he said.

Cr Syd Brown, chairman of the council's finance, strategy and development committee, said the workshop was a chance for councillors to ''upskill'' on the budget ahead of public debates beginning later in the week.

The sessions were a chance for councillors to grill staff about the budget and understand both the changes from last year, and the implications and risks associated with those changes, he said.

''There's no decisions taken or directions or anything like that. It's purely to bring councillors up to date.

''Then, of course, when that comes up for discussion [in the public sessions], we have got that background knowledge.''

The workshop is the first major step in the 2013-14 budget process for councillors, and - after public consultation and hearings - will culminate with the budget being signed off in June, in time for implementation on July 1.

However, it comes after months of hard work by council staff, resulting in $5.6 million being trimmed from spending for the coming financial year.

Councillors had previously indicated they wanted the year's rate increase kept to no more than 4%, but with 1% of that increase available to spend on other priorities, such as accelerating debt repayments.

However, councillors are yet to see a series of reports on significant issues, including the review of Dunedin Venues Management Ltd's finances, which could influence the budget debate to follow.

The public part of the pre-draft budget debate will begin on Friday and continue next week, before a draft is approved for public consultation next month.