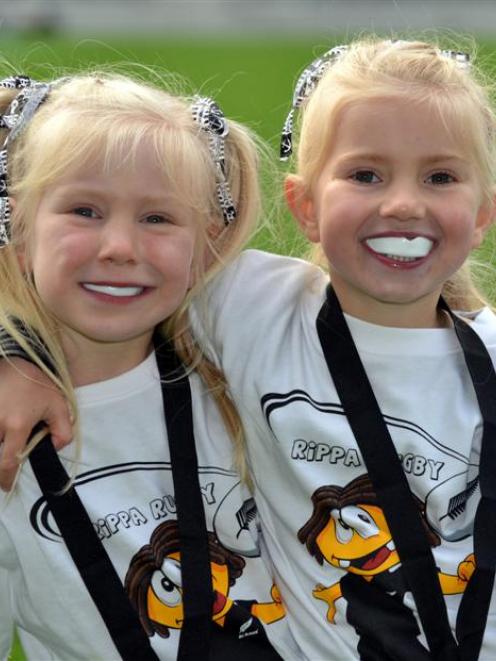 yachting races against the prince in Auckland last week.

Prince William impressed upon the Clutha team the importance of the win, saying his holiday would be ruined if it did not.

Pirates manager Gemma Tuhega, who had Kate Middleton as assistant coach for the final, said getting to meet the duchess was ''very special'' for the children. It was clear from the little bit of time she spent with the Royal couple that William took his sport seriously and savoured a victory over the duchess.

''You could tell that William was very competitive because he was on the other side and every time his team scored a try, he was like `yes!'.''

Rippa players Jemima (6) and Lydia Hortop-Blair (4), of the Pirates club, took turns to chat to the duchess during breaks in the action at the stadiumThe duchess chatted about the rules of the game and asked Lydia if she was ''going to run fast'', proud father Quentin Blair, of Dunedin, said.

Jemima told the Otago Daily Times she was excited to meet Catherine.

''She was beautiful. I couldn't wait because she was so special.''