Council clash on management of highways

Dunedin city councillors have clashed about whether to request to take over management of state highways within the city limits from the NZ Transport Agency.

Councillors were discussing the council’s submission to a ministry discussion paper on switching transportation to zero emissions at a meeting of the council’s planning and environment committee on Tuesday. 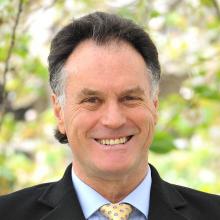 Jules Radich
However, councillors disagreed whether a paragraph that suggested councils should be enabled to "manage state highways within core urban areas" should be included as part of their submission. Cr Jules Radich introduced an amendment to remove the paragraph and said the council should be working with the Government to achieve their common goals.

Cr Steve Walker said he was very happy to see the request for the council control after experiencing the process for reducing the speed limit on a state highway.

Locals wanted the speed limit on a section of State Highway88 that ran through Port Chalmers to be reduced from 50kmh to 30kmh.

It took "eight to nine" years of lobbying NZTA to have the limit reduced to 40kmh.

"If we controlled that road, we can do something about it tomorrow and help the residents who live on that road have a better quality of life."

Cr Carmen Houlahan said Cr Walker’s story showed there was already a process in place for making changes through NZTA with which she was comfortable.

She said managing state highways would cost the council more money, and they would have to take responsibility for the complicated roading situation surrounding the new hospital.

Cr Radich’s amendment was defeated in a 11-3 vote, with Crs Houlahan and Lee Vandervis also voting for the unsuccessful change.

The submission was approved in a 10-4 vote, Crs Mike Lord, Andrew Whiley, Radich, and Vandervis voting against.

o joy... something else for the DCC to screw up.

Looks like more cost to the rate payes for the DCC to get more power. Shame they will likely make a mess of it - cycles only on state highways?

Everyone should take note of who the sensible councillors are or are not and make a list, and bring out their list come voting time.

I wonder whether whoever wrote that headline actually observed the meeting. Looked like an orderly debate with a nearly unanimous vote to me.

Diane, your idea of unanimous looks very flawed, also Cr Walker as we know is a labour lacky his comments/
story lack credibility

You are quite right about my incorrect use of ‘unanimous’. Like the word ‘unique’, it shouldn’t be qualified. Something either is or it isn’t. But ´clash’? IMO misleading journalese for ´disagree’. Or even merely ‘debate’.

But did you notice that Cr Walker, as Deputy Chair of that Committee, upheld a Point of Order made by Cr Vandervis against Committee Chair Benson-Pope? That’s pretty impressively impartial for a ´Labour lackey’.

cr houlahan you think that 8/9 yrs is an acceptable process for changing speed in a community? i shake my head ....our communities should have the ability to change the speed a lot quicker than that. circumstances in a small village change rapidly especially in a port town. those people in the main street of port chalmers have had the foundations of their buildings shaken for 40 yrs thanks to the NZTA and its bedside companion the freight industry - it is unfair that we cannot get 30kms down that small village street and ridiculous to have waited 9 yrs for any action...its politbureau style.