From the courthouse to the cookhouse 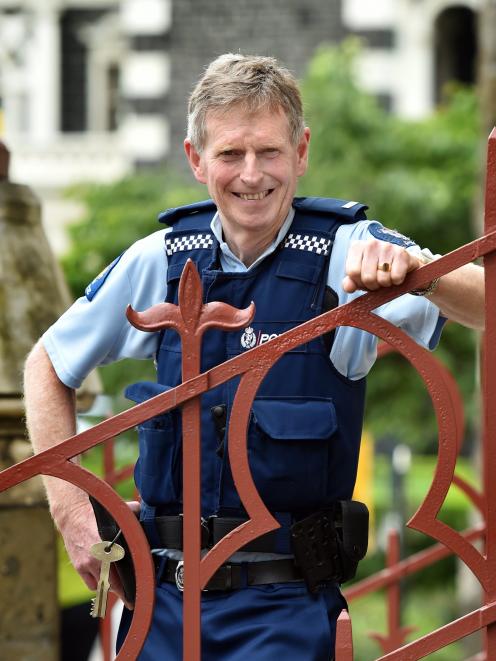 Retiring policeman Murray Cook is looking forward to getting familiar with Annabel Langbein’s cookbooks. PHOTO: PETER MCINTOSH
A retiring policeman will be trading in the courts for the kitchen — if his wife has her way.

Murray Cook said his wife told him he should be cooking every night, having retired officially from his position as a court security escort at the Dunedin District Court on Thursday.

‘‘I’m not so sure I agree with her. I’m a pretty average cook but I’ve got time to learn now.’’

The Dunedin man spent 27 years as a police constable, making the switch from teaching in 1992.

‘‘I thought I’d like to work with youth offenders and realised I needed to join the police to do that.’’

He worked in Youth Aid, but one day was sent over to court to fill in and ended up staying there.

Three and a-half years spent in court as an officer overseeing prisoners was an enjoyable experience and the atmosphere with judges and lawyers was interesting.

‘‘I tried to make sure prisoners were cared for so they came and left in the same state.

‘‘A lot of them have made big mistakes but aren’t always bad people.’’

On his last day, a person appearing in the Dunedin District Court decided they did not want to appear.

It was par for the course for the 65-year-old, who said he would miss the court but felt it was the right time to retire.

He was looking forward to spending time with his two children and one grandchild as well as volunteering and travelling.