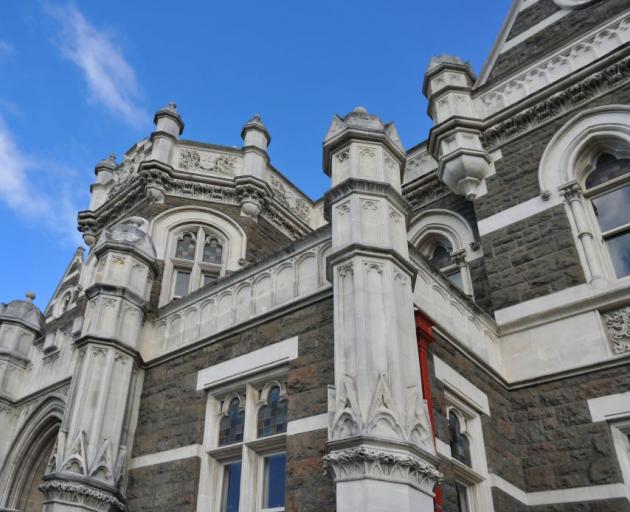 The courthouse was declared an earthquake risk in 2011. Photo: ODT

The controversial $15 million business case detailing strengthening plans for Dunedin's historic courthouse will go before Cabinet before the end of the year.

The business case took almost four years for the Ministry of Justice to write after the 1902 building was declared an earthquake risk in 2011.

Mrs Adams said the business case detailed the necessary earthquake-strengthening work as being worth ''more than $15 million'' - a figure that has been vigourously challenged by Dunedin's engineering and construction community.

But the minister has steadfastly refused all requests for release of the business case, including one from Dunedin Mayor Dave Cull, who last week pleaded for the plan to be released, confidentially if necessary, to let Dunedin's experts and the ministry's contractors compare ideas.

But the wait for news may be coming to an end, a spokesman for Mrs Adams told the ODT yesterday.

The business plan was before Treasury, which would deliver it back to the minister when it had finished analysing the plan, he said.

Assuming the minister was happy with it, and there was no indication she would not be, the plan would then go before a Cabinet committee, he said.

That was expected to happen before the end of this year, the spokesman said.

''The ministry advice is that we're still on track to put it to Cabinet before the end of the year.''