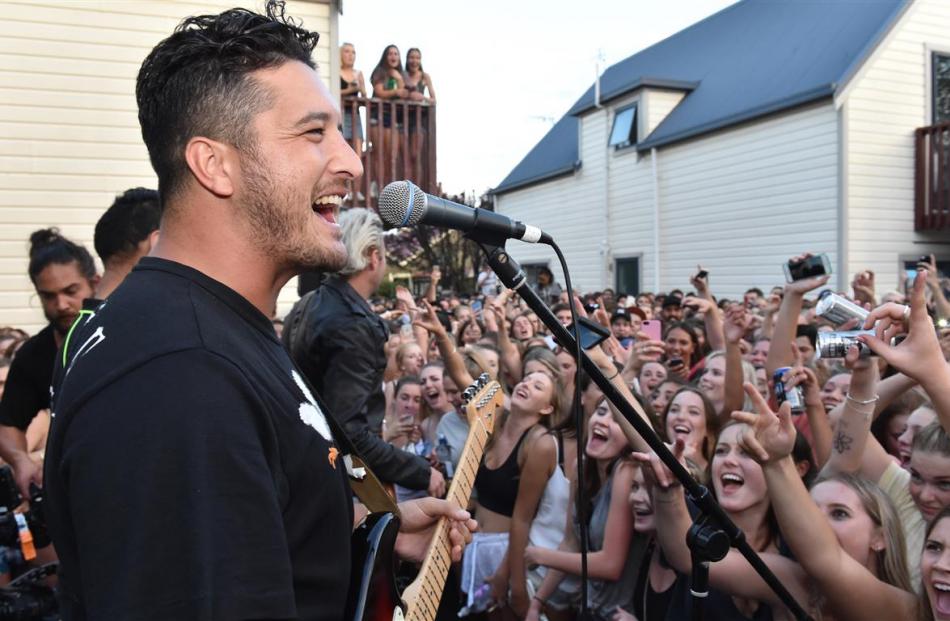 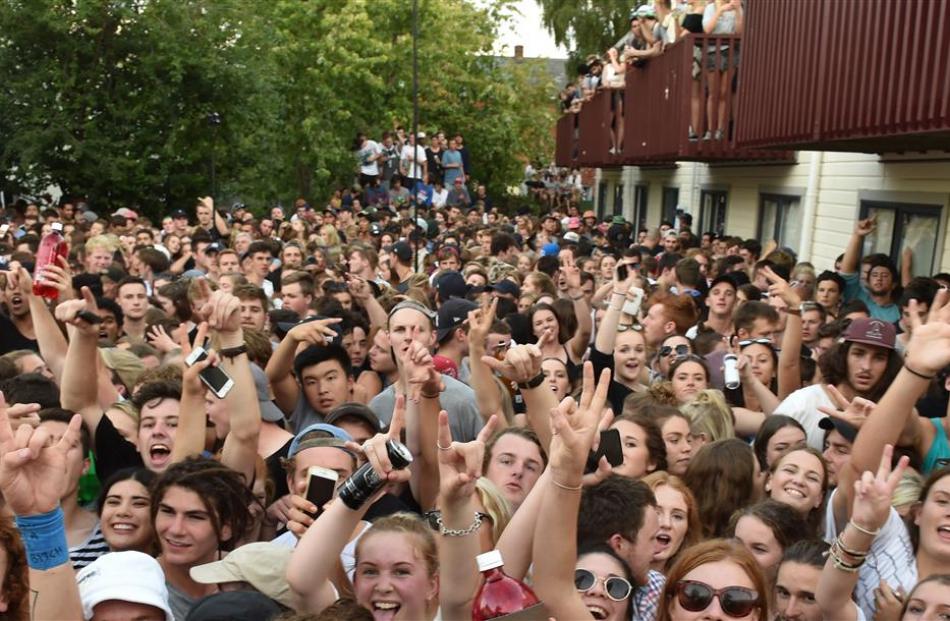 The crowd enjoys the gig shortly before a balcony fell. 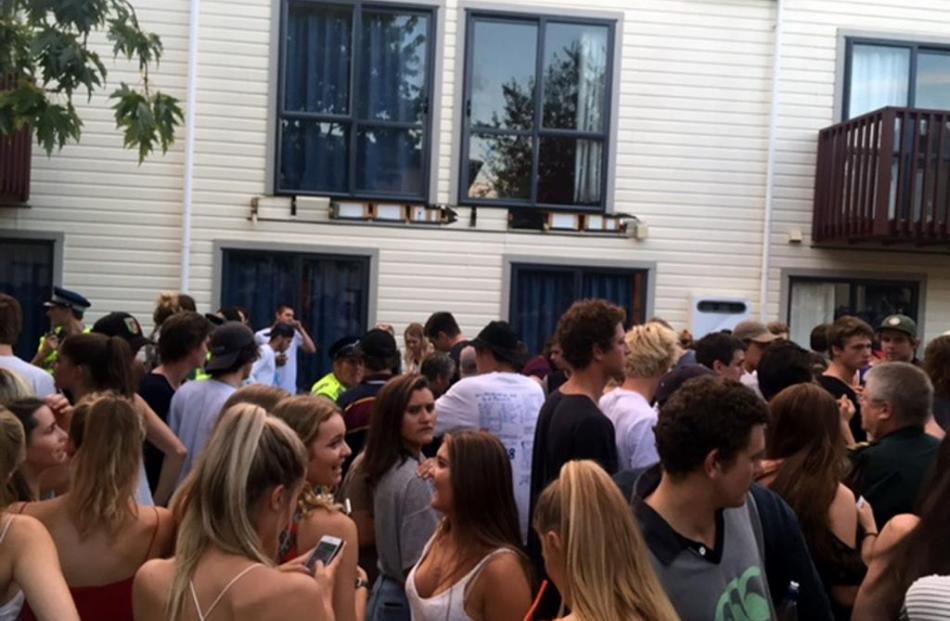 The flat at 598 Castle St after the balcony collapse. Photo by Rhys Chamberlain.

A man  who saw the Castle St balcony collapse last night said there were up to 15 people on it at the time and about 20 underneath.

Freelance photographer Riley Baker, of Dunedin, was only a few metres from the balcony and saw it collapse. He first heard a "crack'' like a tree falling, and then "a yell'' as it went down.

A group, including police and Campus Watch members, rushed to pull the fallen balcony away.

The balcony was quite small, and appeared to have no supporting structure.

He had noticed a "lean'' on about three of the balconies before the incident, and police had made attempts to clear them.

After the collapse, hundreds of people kept partying as if "nothing happened'', despite being in close proximity to the incident.

Mr Baker (26) had been taking photos for an event sponsor.

The gig was in an enclosed area between Castle St and Cumberland St. There were about eight balconies.

Injured people were carried to Castle St one by one by emergency services.

The crowd dispersed just before 8.30pm.

Otago Daily Times photographer Gregor Richardson said he was near the main stage and heard a "moan go through the crowd''.

He jumped up on the stage and saw the balcony dangling and people trying to pull the structure off other people.

"The bulk of the crowd were oblivious to the fact there had been a major incident.

"The band asked if people were OK, and they got the thumbs up, and so the band kept playing.''

Band members instructed everyone still on balconies to get off.

Earlier, about 6pm, police had tried to clear people from the balconies and also the roofs, Mr Richardson said.