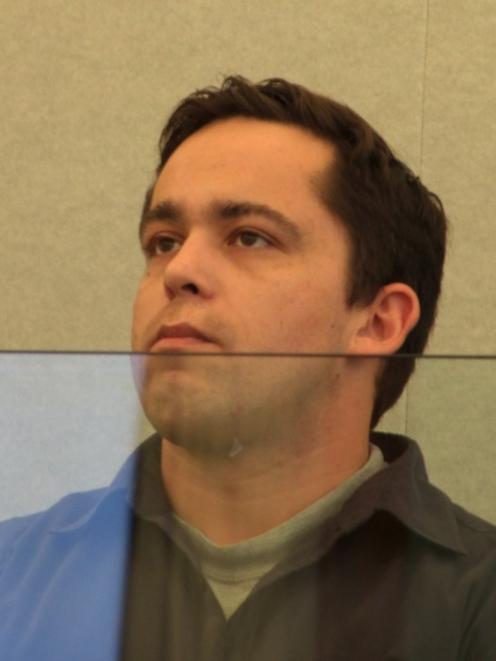 Samuel Anderson (29) is eligible for parole in September after being jailed for extensive domestic violence. PHOTO: ROB KIDD
A man who savagely beat his partner then revived her with water to continue the abuse has had his appeal declined.

Samuel Anderson (29), of Balclutha, was jailed for four years and five months when he was sentenced at the Dunedin District Court in September last year on four counts of assault with intent to injure, one of threatening to kill and one of supplying a class B drug.

Last month he appealed that sentence on the grounds it was manifestly excessive.

Counsel Brian Kilkelly argued the six-month uplift the judge imposed because of Anderson’s previous domestic-violence convictions from 2015 was unwarranted.

“If anything, the present offending was more serious than the previous offending. This demonstrated that Mr Anderson had not been deterred by, nor had he learnt from, the previous sentence imposed,” she said.

The court heard how Anderson and the victim had been together for only a few months when the violence began.

Following an argument on February 9 last year, the defendant head-butted the victim, knocking her unconscious.

Anderson splashed water on her face to bring her round then punched her in the face, injuring her nose and chipping her tooth.

Within two months, Anderson was at it again following a dispute about the victim’s phone.

The man forced her on to the bed, pulled her fingers back, tried to gouge her eye, elbowed her in the face, slammed his knee into her tailbone, pressed the pressure points behind her ears and forced a pillow against her face.

Despite breaking up, in May last year, Anderson persuaded the victim to meet him again.

He threatened to burn her books and photos if she did not, the court heard.

When she finally agreed, Anderson picked her up in his car, accused her of seeing another man and threatened to kill both of them.

He punched the woman several times in the face then went to the boot of his vehicle to retrieve a hammer.

She escaped before he could use it but said the three-month ordeal continued to plague her.

"I now suffer from post-traumatic stress disorder and when triggered I am then reliving the moments of when I was reduced to begging for my life and praying for God to save me," she told the court at sentencing.

"I still cry every single time I have to think back on the multiple times I thought I was going to die. I struggle to come to terms with how I allowed myself to live in such a traumatic and unimaginable environment for the time I did."

When Anderson was confronted by police, he told them the victim had caused some of her injuries by punching herself.

The woman was worried he would never change.

"The fact that Samuel Anderson remains unscathed, in denial, refuses to take responsibility or show any remorse makes me sick to my stomach. I know he won’t hesitate to do this again to another female; just next time she may not be as lucky as I was to come out alive," she said.

Anderson will appear before the Parole Board in September.