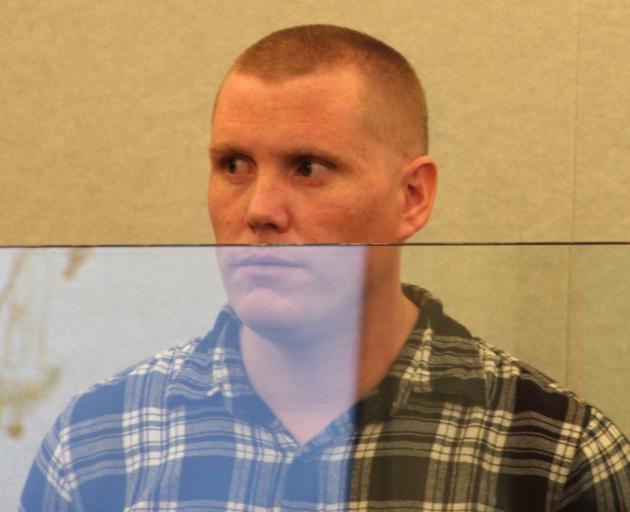 Joshua Tucker evaded incarceration despite being assessed as ‘‘arrogant’’. Photo: Rob Kidd
Despite breaching conditions for the third time in a matter of weeks, a sex offender has avoided a trip back to prison.

But Judge Emma Smith said she had to consider the bigger picture.

“What's most important for this community is your attendance at Kia Marama [specialist sex-offender treatment] remains intact,” she said.

“That will keep this community a lot safer than if I send you back to prison.”

The judge sentenced him to two more months of community detention and 100 hours’ community work.

In March 2015, Tucker was jailed for four years and three months on two charges of unlawful sexual connection with a 13-year-old girl.

Over five months, during which he posed as a 16-year-old, the pair exchanged 16,000 messages.

Tucker, who knew the girl was underage, directed the conversations towards sex even when the victim made it clear she did not want that, and pursued her until she gave in.

After being released, the defendant twice breached his release conditions: first by accessing social media then a day later when he left to work on a fishing boat.

He was sentenced to three months’ community detention and 12 months’ intensive supervision but it took him only minutes to breach that sentence.

Again in breach of the conditions that governed his activities, he remained in Dunedin to try to obtain a car rather than returning home to Taieri Beach.

For that, he was sentenced to an extra month of community detention.

Six weeks later, he was back in court.

Yesterday’s sentencing heard Tucker had sent someone a message on Facebook while barred from using internet-capable devices.

Defence counsel Rhona Daysh said her client had done so because he was attempting to gain employment.

Tucker told Probation he committed the breach because he was “bored and pushing boundaries like I always do”.

Judge Smith said the man’s attitude was “not impressive”.

“There's a whole lot of people trying to help you and keep others safe,” she said.

“This is your last chance and you know that.”