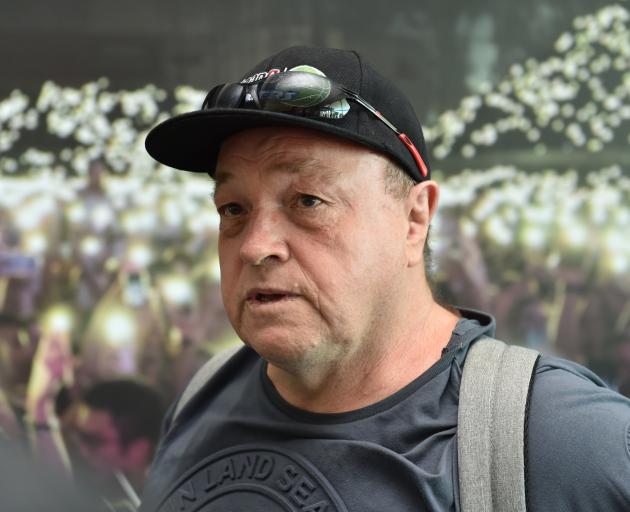 Arthur Taylor has been summonsed to appear in the Dunedin District Court next week. Photo: ODT files
The country’s highest profile ex-convict says he is "flabbergasted" after being charged with a raft of serious drug charges.

Arthur Taylor, who is living in Dunedin while on parole, was informed by police yesterday that he faces 11 counts, some of which carry a maximum penalty of life imprisonment.

Taylor - who gained notoriety as a self-schooled jail-house lawyer with a string of legal triumphs - has been summonsed to appear in the Dunedin District Court next week, when he will receive police disclosure as to the specifics of the allegations.

All he knows at present is that the allegations stemmed from between February 1 and June 3, while he was living in Wellington.

"They couldn’t have come up with much worse other than being a child killer," he said.

Taylor said the laying of the charges was completely unexpected.

There had been no search warrants executed at his property and he said he had not been found with any illicit substances.

"I was flabbergasted. I’ve bloody well been through some nonsense in the past, but this ... These are serious bloody charges."

Taylor was adamant he was innocent of the allegations and said he would enter not-guilty pleas when he appeared in court.

He told the Otago Daily Times he was unaware what GBL, a substance with a strong sedative effect, was.

"I’ve never even seen the stuff. I don’t even know what it looks like," Taylor said.

He compared the accusations to when he was serving time in Paremoremo Prison and was accused of running an international drug ring from his cell.

Those charges were dismissed before trial.

Taylor was initially paroled to Dunedin when he was granted early release in February 2019 after 19 previous denials by the board.

He then moved to Wellington at the end of the year but was recalled to prison in June after being charged with possessing meth and breaching release conditions.

The matters are set down for a judge-alone trial in the capital in February and Taylor was confident the charges would be thrown out.

More pressing was a recall hearing with the Parole Board in January which would decide whether or not he would continue serving the remainder of his 17-year term.

"The simple question for Parole Board is: is there evidence that Arthur Taylor is a threat to public safety?" he said.

"I know I’m not a threat to public safety."

Hazel Heal, with whom Taylor was living while on parole, said she had long feared he would be targeted by authorities given the perception around him.

"We are battling at all times a myth," she said.

"They imagine this monster. I think they fear him. It is, to us who know him, absurd."