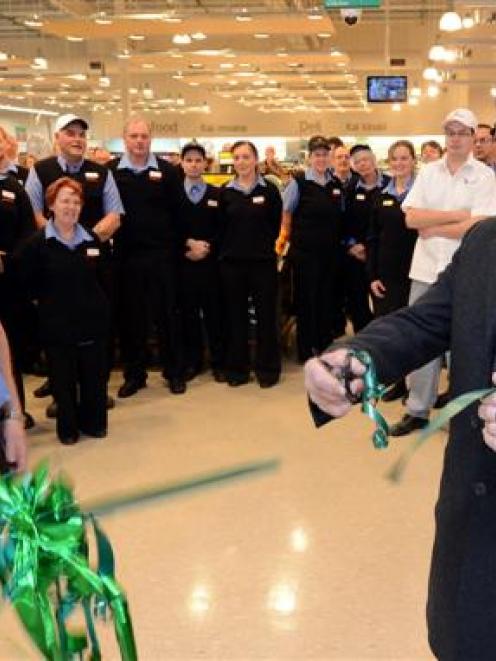 Store manager Paul Wallace said "truckloads" of people visited the supermarket yesterday, and all checkouts were operating all day.

Sue Clark said she "came out to have a nosey" and was pleased to see it was bigger and had better variety than its Andersons Bay neighbour.

Kate Hamilton went to the opening day because her partner thought there would be some good specials and she was curious about how it would look.

The store featured lower profile shelving in the produce and health and beauty sections which Carly Freeman was pleased to see as she often had difficulty reaching fruit and vegetables if they were stacked too high.

"I think it's great. There is heaps of room in the aisles. I'm very happy with it today," she said.

Countdown managing director Dave Chambers, of Auckland, described it as the "most modern" and "best" store in the chain.

"The store has come out great. The customers are here and the team is doing great," he said.

The opening ceremony, attended by Dunedin Mayor Dave Cull and many family members of the store's 115 staff, was "fantastic".