With farm valuations jumping 20%, well above the overall increase of all properties at 12.8%, their rates will rise more than any other property type.

That, Federated Farmers Otago provincial president Phill Hunt said, was less than ``fair and equitable'', and work needed to be done sooner rather than later to adjust rating differentials to deal with the situation.

The Dunedin City Council indicated yesterday it would look into the matter, but it appeared farmers might have to wait until next year for that to happen.

A report to yesterday's annual plan meeting showed the impact of last year's revaluation of properties would affect households whose valuations increased by more, or less, than the overall city-wide increase.

Those whose homes increased in value more than the overall increase of 12.8% would pay more general rates, while those with a lower increase would pay less.

At the meeting yesterday, council chief executive Sue Bidrose explained what the revaluation would mean to homeowners, once the budget was completed and rates for 2017-18 were set at the end of July.

Ms Bidrose said the changes could be ``complex, and difficult to understand''.

When property prices rose people generally thought that meant rates would rise, but that was not necessarily the case.

Instead, the increases or decreases depended on an individual property's value rise compared to the overall rise.

``Most farm incomes have dropped dramatically in the last few years,'' he told the meeting.

``Is it time to look at the differentials?'' he asked.

Ms Bidrose said they could be considered in the next long-term plan meeting in January next year.

Mayor Dave Cull said a regular review of which sort of property paid how much in rates was ``appropriate''.

Mr Hunt said the organisation had been following the issue.

He said farmers' incomes were under ``incredible pressure'' and that was not just dairy farmers.

``Rates are in some cases quite a large percentage of a farm's budget.

``Most farmers understand rates have to be paid. However, it is important that they are fair and equitable.''

The report to the meeting showed the median house price in Dunedin was $285,000.

There were 46,546 residential properties in the city paying general rates.

There were 142 properties with a capital value of $1.5million or more.

Included among the properties were 76 blocks of flats, community houses and cribs, 27 rest homes, halls of residence and boarding houses, five large areas of vacant land and 34 private residences. 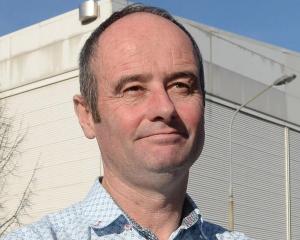 Fair and Equitable Indeed
If my household income drops due to my poor performing industry, I won't beg council for a hand out. We'd scale down the house, get another income, sell something or reduce costs. All these things farmers can do too. I'm fed up with the constant cry for handouts from farmers. It's not like when times are good they give any more back than any other tax paying business. Any business is about risk and reward surely. If you don't like volatility, you're in the wrong game.
The public cost for farming externalities are already significant. If there is to be a review of who pays what rates then the groups considered should be defined by unique costs to the council. "Fair and equitable", not the unfair history of rates contribution. I wonder if the additional service provision costs (distance), environment and water care, or heavy vehicle road damage costs, would indicate farmers rates should increase?
The Regional Council's role seems to be ALL about protecting the quality of public resources from the farming industry too. Is it "Fair and equitable" I pay for that?
Take a look at who's filling the trough you're feeding from before publicly begging for more!