By Andrew Marshall
3 Comments
A plea to repair and restore the St Clair poles was heard at yesterday’s Dunedin City Council meeting.

Repairs to the poles would help encourage retention of sand and ameliorate the effect of large waves on the seafront, councillors were told.

St Clair Action Group member Rod Rust tabled a petition in the public forum section of the meeting which featured the signatures of 16 businesses on the Esplanade.

He said the petition had the support of every business on the street.

"We ask that the DCC repair the St Clair poles back to the groyne as it was before any more money is spent on any other coastal work."

A meeting of the St Clair Action Group on Monday night had been united in its support for such a course of action, he said.

The council had been excellent in its consultation processes and very good at meeting with people about the issues facing the shoreline, "but we still haven’t seen any action in quite a few years of trying to fix this beach".

As the work needed was to repair an existing structure, he said there should be no need to delay the work.

"We could spend a lot of time and money trying to find a more expensive solution that we don’t need to do.

"We don’t need a more expensive solution if the simple, environmentally friendly use of wood in that setting, easily removable, something that can be done quickly and cheaply and honours the wisdom of the people that came before us."

Cr Andrew Whiley said the poles were the iconic image of St Clair, and asked if that was also the view of the local business owners.

Mr Rust said that was absolutely the case. 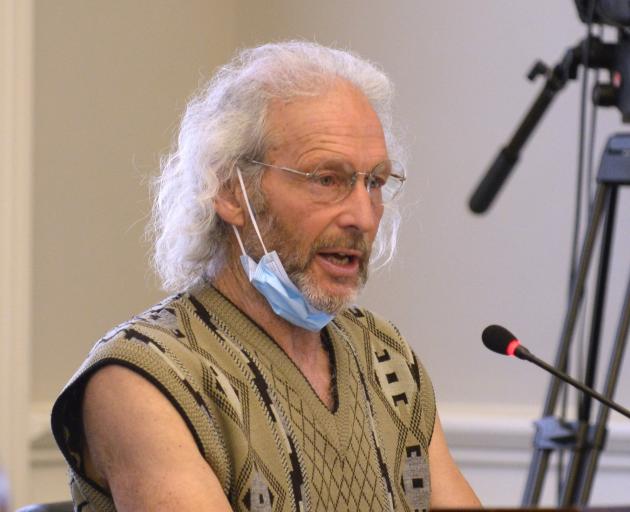 "It seems a logical place to start with that structure which is an iconic image and we can build on that so it becomes more of an attractive thing to start with."

Mayor Aaron Hawkins noted Mr Rust’s claim that his group thought there would not be consenting issues to repair the poles, and asked where they were getting their resource management advice from.

Mr Rust said they had not yet consulted a planning lawyer or city planner about their idea, but said he would welcome any clarification.

Why are DCC so intransigent about this? it really is a no brainer. The groynes worked well for decades, as they do in other places. They cost little to install and maintain but, no, we would rather spend more on doing less. Time to get some proper experts to sort St Clair out, the Dutch are pretty good, but take care, they may do the job properly, not like the last lot who built the sea wall!

The groynes never worked when most needed in times of southerly storms. During benign weather and tides sand accumulates as the longshore drift is reversed. But it does anyway. Once a storm arrives and the sand becomes saturated, the groynes had no impact at all as the beach is downcombed. They would continually require maintenance for no sustainable purpose.
I've observed this beach for nearly 70 years, studied and taught coastal processes and understand that the combination of human interventions that exist now and in the past do not make for a sustainable coastal interface.

Groynes don't work where the sediment transport is on and offshore as it mostly is at St Clair. There is no evidence that the old groynes ever did anything. A few pictures of the groyne does not establish success. Groynes are not beautiful - they ruin the beach and are a barrier to people walking along the beach. They can also generate rips that are a hazard for swimmers. They are expensive to build and maintain and for no advantage. Leave the beach alone and let it do its job of dissipating waves. Beaches are really good at it when left alone.