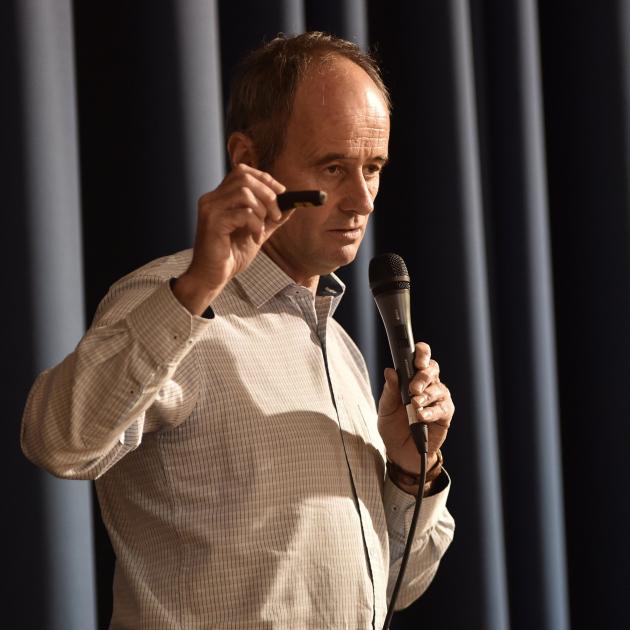 Cr Jim O’Malley told a ratepayers’ group meeting this week privatisation of water assets had been virtually impossible, but Government reforms would make it easier.

Barriers to selling off planned regional water service entities had been talked up, but protection against privatisation would be weaker than it is now and it could be removed by a future government, he said.

Cr O’Malley drew attention to support for reform from Water New Zealand, which is the industry body for Three Waters, and Infrastructure New Zealand, whose membership ranges from engineering services companies Beca and Stantec to the Dunedin City Council.

Private industry had pushed for reform of railways and electricity in the 1980s and 1990s and the results were disappointing, he said.

The Government’s Three Waters reforms have been controversial for reasons that include councils facing loss of direct control of assets.

S&P Global Ratings did not want elected representatives near the specialist entities being set up to assume control of water services, Cr O’Malley said.

Projected efficiency gains on capital spending, touted by reform proponents as being as high as 50%, were fanciful, he said.

Cr O’Malley’s comments were made at the first meeting of the reborn Dunedin Ratepayers and Householders Association, as he was a guest speaker.

Asked to respond, Water New Zealand chief executive Gillian Blythe pointed to the Scottish experience, on which New Zealand’s reform model was based.

"This is important, because we know that in Aotearoa New Zealand we need to address the decades-long underinvestment in water infrastructure and so a lot of investment is needed to catch up," Ms Blythe said.

"We need to do this in a way that is affordable."

The rationale for having greater arm’s length from councils was to enable the new entities to be more attractive to lenders and therefore able to have higher levels of debt needed to fund critical infrastructure improvements, she said.

"There is an opportunity to propose further safeguards during the select committee process."

The closing date for public submissions is July 22.

Infrastructure New Zealand has said Three Waters reform removes a big problem for councils and carries advantages such as economies of scale, allowing upgrades of services at a lower cost, and it is "a better outcome for ratepayers".

- The Dunedin Ratepayers and Householders Association added five committee members to the six initially voted in.