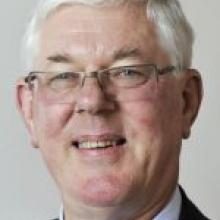 Ray Polson
Delta Utility Services chairman Ray Polson says claims made by former Stop the Stadium president Bev Butler that the company has exceeded a $1 million borrowing cap are the result of a misunderstanding.

Ms Butler had questioned the legality of loans totalling $7.1 million, taken by Delta and loaned to subsidiary Newtons Coachways (1993) Ltd for property investments in Queenstown and Luggate.

Both council-controlled organisations (CCOs) were subsidiaries of parent company Dunedin City Holdings Ltd (DCHL), whose sole shareholder was the council.

On Thursday, Ms Butler claimed the company needed council approval for purchases worth more than $1 million, and it appeared the $7.1 million loans were in breach of the Local Government Act 2002.

She filed a complaint with the Office of the Auditor-general asking it to investigate that and other DCHL matters, which was being considered.

Mr Polson responded saying the loan claim was incorrect and the cap in Delta's statement of intent was $10 million.

Contacted again by the ODT, Mr Polson said it was correct Delta was limited by its statement of intent to a $1 million cap on investments in another company or assets, with shareholder approval required to go beyond that point.

However, Delta's only shareholder was DCHL, not the council, and DCHL could grant approval to spend beyond the cap, which had been obtained when needed, he said.

DCHL, in turn, required approval from its sole shareholder - the council - for investments worth more than $10 million, which had also been obtained as needed, he said.

However, both companies' caps related to "quite specific" types of investments and did not mention loans used to fund the investments, he said.

Asked what document allowed the loans to be taken by the companies, he replied: "Well, there's nothing that says we can't do it. It's round the other way.

"We're not restricted in any way from borrowing to do anything. It's the directors' decision in the normal course of running the business."

Instead, any cap would depend on the type of investment the borrowed money was used for, he said.

"If we're getting into something that's going to cost more than $10 million, we've gone back through the holding company [DCHL] through to council to discuss that with them. Anything large always gets that approval.