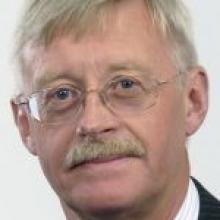 They had been employed by Cargill Enterprises as labour for the Green Island recycling plant's sorting operation, beginning with the plant's commissioning in May.

However, Mr Staynes - also Dunedin's deputy mayor - said a 20% reduction in the contract price offered to Cargill Enterprises, just before it was signed earlier this year, meant wage costs had ultimately proved unsustainable.

The contract price was based on seven able-bodied full-time equivalent (FTE) workers being able to do the job, but Cargill Enterprises needed an extra supervisor, costing $38,000, for its disabled employees, he said.

That meant the contract price was $38,000 short of covering Cargill Enterprises' costs, and it was losing money every week, he said.

Mr Staynes had approached Dunedin Mayor Dave Cull about using the council's waste minimisation fund to cover the difference, but council staff advised it would not be an appropriate use of the fund, he said.

That meant Cargill Enterprises was forced to withdraw from the contract and made the workers redundant last week, he said.

"We couldn't sustain it any longer," he said.

The plant was operated as part of the council's $26 million kerbside recycling system. EnviroWaste headed a consortium of companies providing the recycling service.

Mr Staynes said he understood the companies' position, and was "not knocking anybody", but questioned whether a solution could have been found.

"Personally, I think that EnviroWaste, who are the head contractor, could perhaps ... have a little bit more social conscience, but that's their choice."

EnviroWaste South Island manager Kevin Edgar was reluctant to comment yesterday, but said the "very unfortunate" outcome was a matter for Fullcircle and Cargill Enterprises.

"It certainly hasn't come from EnviroWaste."

Taane Royce - the director of Royce Resources and also Fullcircle Dunedin manager - said he would have been "more than happy" to continue employing the workers, but Cargill Enterprises had decided to opt out.

"If we can use disabled staff and it's a role that they are suited to doing and they enjoy, then that's exactly what we set out to do.

"We thought it was good for Dunedin and we were more than happy to have Cargill Enterprises on board. We've done what we can to try and retain them, but at the end of the day, it's their board's decision."

All companies involved in the kerbside service were on fixed contracts, with no spare funding, and staff employed directly by Royce Resources could do the work within budget "quite comfortably", he said.

Royce Resources was now advertising for more workers to do the sorting, and it was possible some from Cargill Enterprises could yet be re-hired, he said.

The latest job losses removed opportunities at a time when changing technology was making it increasingly difficult to find work for people with disabilities, he said.

"I'm a little bit disappointed, yes. We had people who were able to get into work and some of them were enjoying it, and then in the end we couldn't sustain it."