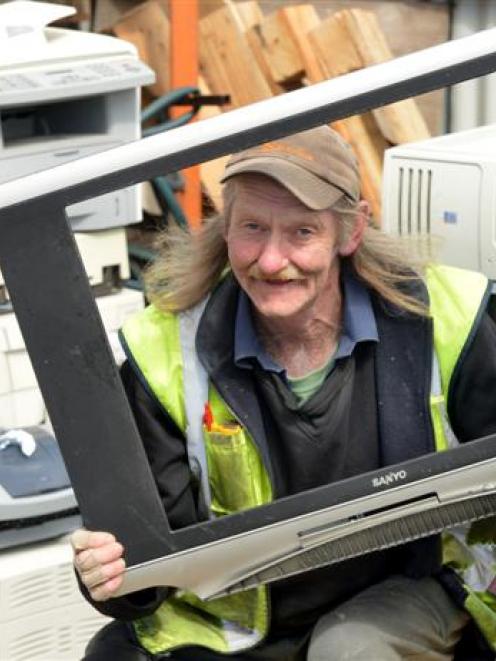 Cargill Enterprises staff member Lindsay Keane with some of the electronic waste collected for a cost in South Dunedin. Photo by Stephen Jaquiery.
A free national recycling scheme is to be rolled out to help prevent television sets being dumped in landfills.

Thousands of TVs around the country are being replaced as analogue television is phased out.

Cargill Enterprises in South Dunedin is one of the groups that have been accepting the TVs - for a $25 charge - and recycling them.

General manager Derek King said about 2.7 tonnes of electronic waste was sent to Christchurch each month for recycling.

As there were costs to send the electronic waste away, old televisions should not be dumped on its doorstep, he said.

"We're the charity, not the other way around."

Televisions could be recycled at the Green Island recycling centre for a cost but the Government was rolling out a national scheme to recycle sets for free, she said.

Environment Minister Amy Adams said the TV TakeBack programme, supported by the Government's Waste Minimisation Fund, would be introduced around the country as each region went digital.

Analogue television was switched off in Hawkes Bay and the West Coast last week and from October 13-28 unwanted televisions could be dropped off at designated depots in the two regions. After that there would be a cost.

Various parts of the TV sets, including the glass, metals and copper wire, would be recycled.

Ms Irvine urged people to hold on to their unwanted sets until free television recycling was introduced in Otago next year.

More information on the scheme was available at www.tvtakeback.govt.nz.

• Network switched off in Hawkes Bay and the West Coast on Sunday.

• To be switched off in the rest of the South Island on April 28 next year.

• A satellite dish, set-top box and/or new aerial may be required, depending on where you live and what equipment you have. 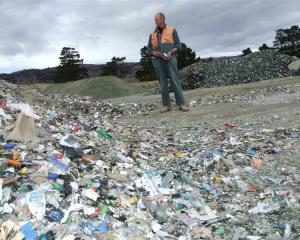