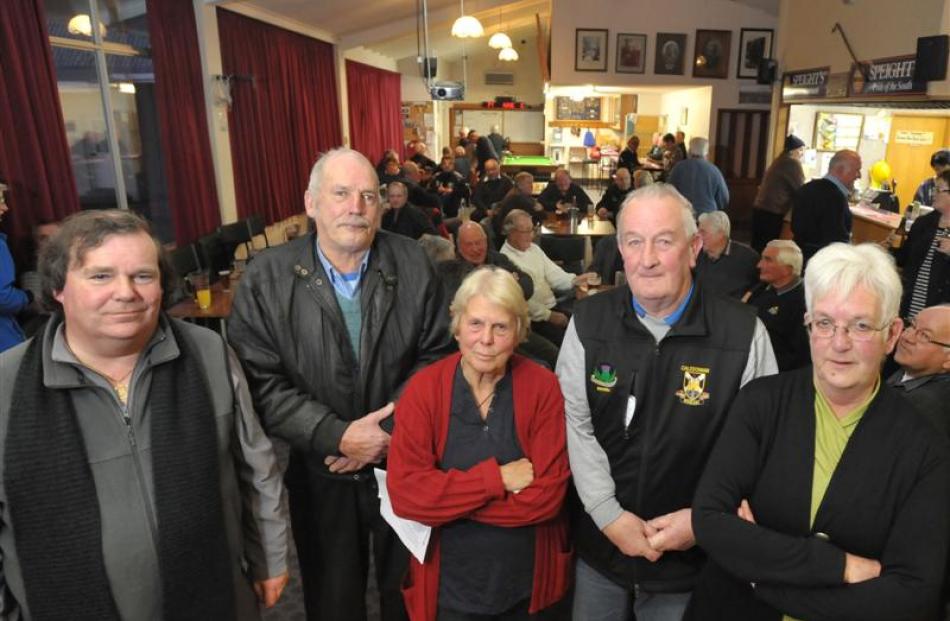 It has stood for 135 years - of late a haven within a hub of retail activity - but yesterday the Caledonian Bowling Club learnt its fate.

The Dunedin City Council announced it would sell the land on which the club stands on Andersons Bay Rd.

More than 50 members were told at the club last night.

They had not gathered to hear the news, it was just a normal Friday night for the club, chairwoman Jan Tucker said.

Members seethed and fired off their thoughts.

One member offered an ''alternative proposal'' to the council: ''We want this place to carry on - bugger them [the council].''

Another member questioned how the council could sell the club grounds which had been used by ratepayers since 1879.

But council chief executive Dr Sue Bidrose earlier said: ''It's not good commercial sense for us to own land that we're not getting a return on, or that's got no strategic benefit for the council, or that's underused.''

The council said of 270 members, 32 bowled and others mainly used the venue socially and for activities such as pool and darts.

Dr Bidrose said the club had been told for several years this would be the last lease on the facility. The lease expires on October 31.

''They don't have enough bowlers to sustain their presence on a $1.5 million piece of land, and that was a problem, and they have been unable to increase their bowling club membership in that time.''

The proposed sale went through a submission process earlier this year, with 14 of 18 submissions opposed to the plan. The club is sited on council land, zoned industrial, which was sold by the Caledonian Society of Otago to the council in 1943.

Mrs Tucker said yesterday the club's board had fought to prevent the sale.

''These are the cards we were dealt and we played them bloody hard,'' she said.

''I'm pretty disappointed, sad and a little bit angry about it, actually.''

Dr Bidrose said the council had offers to buy the land.

Asked what that involved, she said: ''Just that we have been approached about purchasing the land. It's a sought-after industrial corridor, so we will sell the land.

''What goes on it depends on what somebody buys it for.''

The incoming district plan had ''views of continuing the large-scale development on Andersons Bay Rd'', she said.

The money would go towards repaying council debt.

There would be ''continuing rationalisation of properties''.

''You'll see other bits of land being sold to pay down debt. That brings down debt-related costs for ratepayers.''

Dr Bidrose said the sale of the nearby Caledonian Gymnasium had been discussed in the past, but ''at this point in time'' there were no plans to sell it.

Asked about the 137 years of history going by the wayside, Dr Bidrose said: ''We're selling the facility. The club is independent of the facility.''

Mrs Tucker implored members to think about the club's future.

''I realise people are angry but what you need to do now is go away and have a wee think about how we can proceed.''