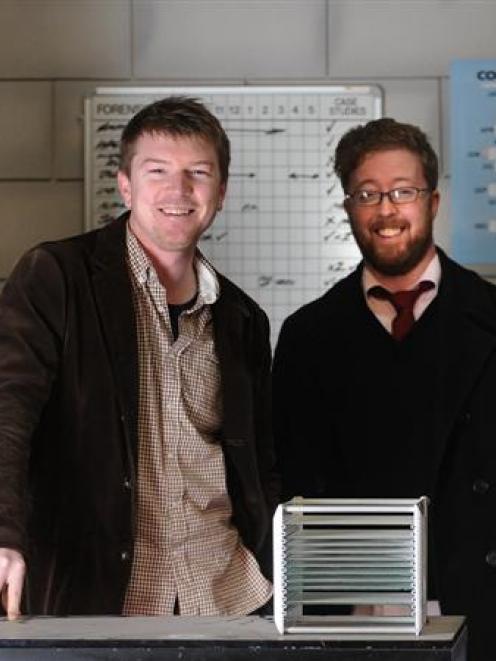 Areo, maker of the Casebook crime game series, has been named as one of 40 winners from a field of about 1000 entries across 170 countries at the awards, which were judged in New Dehli, India, earlier this month.

The group of Dunedin gamers was one of five winners named in the "e-Entertainment and Games"category.

Other New Zealand winners were the State Services Commission, in the e-Government and Institutions category, for its national broadband map project, and Wellington's Te Papa museum, in the e-Learning and Education category, for its Our Space interactive exhibition.

"We are a very small, isolated corner of the globe, and against countries the size of China and India, we are there.

"When I think of the pretty tight team, and very tight budget, we operate on, it's quite remarkable," Mr Hambleton said.

The result meant Areo chief executive Luke Reid would likely attend a winners celebration event and conference in Monterrey, Mexico, from June 10-12, including presenting the company's innovations to other winners, industry players, government and UN officials.

The result could also help the company attract investors to the negotiating table, and lift the company's profile, Mr Reid said.

The company's success follows its surprise nomination for the awards last month, alongside 50 other New Zealand entries including Te Papa and Air New Zealand.

The awards were the result of the United Nations' World Summit on the Information Society, held every second year since 2003, and aimed to promote the development and sharing of technological innovation.

Areo's award recognised its development of an innovative new photographic technique, utilising a custom-built robot-guided camera and rig to capture thousands of images of an object or space from each angle.

The innovation, pioneered by Mr Reid, allowed photo-realistic environments to be meshed with film techniques and real-life actors in the company's Casebook games, as well as faster build times.

The first two Casebook episodes have been well received, with episode one being named the Best Independent Adventure Game of 2008 in the Adventuregamers.com website awards.

Work was continuing on episode three.

Areo employed about 14 permanent staff, rising to 30 during the filming of cinematic sequences for Casebook.