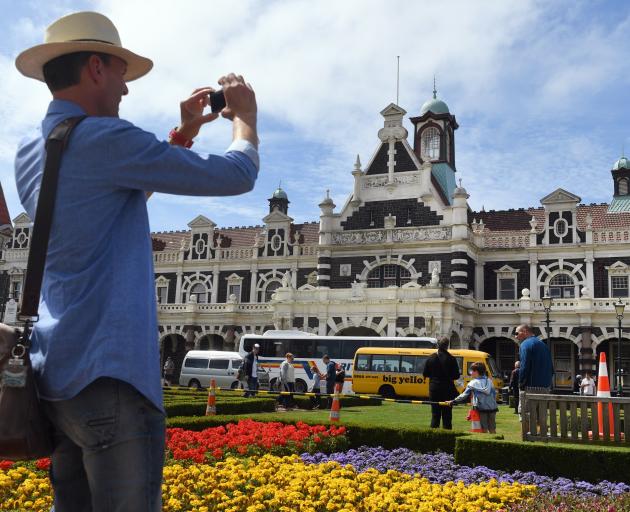 Described as having a "quiet, understated cool", the southern city was lauded by the American television network Photo: Stephen Jaquiery

Is Dunedin our most underrated city? It is according to CNN.

Described as having a "quiet, understated cool", the southern city was lauded by the American television network for its "inexpensive eats, street art, craft beer and live music, not to mention cheery locals who are known to argue over who gets to stop and give you directions".

While CNN have covered the tourist essentials, here are a few of our favourite things to do in the Edinburgh of the South.

The tunnel was built as a gift for his daughters. Photo: Stephen Jaquiery

This rugged and wild beach with strikingly carved sandstone cliffs has an interesting story to go along with it – although it's uncertain how much of it is true. The beach gets its name from a tunnel with concrete steps that was built through one of the cliffs in the 1870s at the request of John Cargill, whose Sea View residence was nearby. The tunnel was built as a gift for his daughters, so they could have a private bathing spot at the beach below. Local legend has it that one of his daughters ended up drowning at the beach and some say John Cargill left New Zealand after the heartbreaking incident.

Once you've seen the power of the surf, it won't be hard to believe – but apparently there is no evidence that this actually happened.

It's worth exploring and it's fascinating to see all the names carved into the sandstone that have remained clear for decades. Be sure to visit with a local if you can – you're bound to hear their take on the story.

Founded in 1884, Dunedin Public Art Gallery was the first public gallery in the country.

While Dunedin is becoming well known for its street art scene, there's plenty to see indoors as well – and it might be a good option on a day that's not a "Dunner Stunner". Founded in 1884, Dunedin Public Art Gallery was the first public gallery in the country, with a strong collection of works from New Zealand and overseas artists. It's home to the biggest collection of works by Frances Hodgkins, who was born in the city, as well as the most extensive collection of old master paintings in New Zealand.

There are also plenty of smaller galleries around town to check out – head from the Octagon down Lower Stuart Street and keep an eye out for Lure, Gallery De Novo, Stuart St Ceramics, Koru Gallery and Inge Doesburg Gallery, just around the corner on Castle Street. For more avant-garde tastes, the Blue Oyster Gallery on Downing Street has you covered.

The Garden is a popular spot for weddings, but it's also the perfect place to quietly meditate with a flask of hot tea. PHOTO: ODT

A breathtaking example of a late Ming/early Ching Dynasty Scholar's Garden, Dunedin's Chinese Garden was built to celebrate Otago's Chinese heritage and is New Zealand's only authentic Chinese garden. It was created in partnership with Dunedin's sister city, Shanghai, where the garden was pre-fabricated and assembled. It was then dismantled and shipped to Dunedin where it was reconstructed by artisans and supervisors from Shanghai. The Garden is a popular spot for weddings, but it's also the perfect place to quietly meditate with a flask of hot tea.

If the weather is cold – which, let's be real, it often is in Dunedin – get yourself to the Otago Museum and transport yourself to a balmier climate for a while. Its new science centre Tūhura features a fantastic tropical forest that's home to exotic butterflies, giant stick insects, tarantulas, terrapins and cute little quails that run around on the ground. Be sure to leave your coats and jumpers at the door – it's around 28 degrees and 75 per cent humidity all year round.

There's plenty to explore in the rest of the museum as well, which boasts a veritable treasure trove of items from around the world. A highlight is the Animal Attic, which houses an impressive collection of taxidermy animals, reptiles and birds.

Emerson's founder Richard Emerson and his mother, Ingrid, raise a glass at the opening of the Emerson's Brewing Company building in Dunedin. Photo by Peter McIntosh.

If your taste in beer is a bit more highbrow than Speights, Dunedin has you covered as well. Emerson's Brewery is a must for craft beer lovers, producing 15,000 litres of the stuff every day at their home base on Anzac Ave. Fittingly, the company got its start when Richard Emerson began brewing beer in his cold student flat – but the premises are a bit more swanky these days, featuring a great restaurant and daily tours.

You'll also want to check out Steamer Basin, who make small batches of seasonal beers, as well as New New New, who offer a unique and distinctive array of flavours. And if you're looking for some food with all that beer, Ombrellos on Clarendon Street North bills itself as Dunedin's best craft beer restaurant, with lots of great choices on tap.