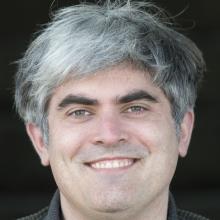 Aaron Hawkins
Bonds of friendship between Dunedin and Shanghai were renewed yesterday at a virtual signing event.

Dunedin Mayor Aaron Hawkins signed four memorandums of understanding at yesterday’s ceremony and said it was an important milestone in the relationship between the two cities.

"For Dunedin, this direct line into one of the world’s supercities has far-reaching benefits, culturally and economically."

One memorandum was for the overall sister city agreement between the two cities, and the remaining three covered co-operation between local institutions and their Chinese counterparts.

Dunedin had seen benefits from these relationships in the past, Mayor Hawkins said.

"As a direct result of this connection, we are the proud owners of Australasia’s only authentic Chinese scholar’s garden, and have secured joint funding from the Shanghai Science and Technology Commission for important medical research on more than one occasion."

"This...will be a starting point to expand pragmatic co-operation in new areas and write new chapters of friendly exchanges between the sister cities, making a bigger contribution to the friendship between the two countries.

"We welcome more companies from Dunedin to make investments in Shanghai to share opportunities of trade and business co-operation."

Do the words Taiwan, Hong Kong or Uyghur have any resonance for you Mayor?