A British supermarket chain has given its store managers permission to eject customers wearing pyjamas but a Dunedin supermarket is welcoming shoppers in sleepwear.

British newspaper The Telegraph recently reported Tesco has given its store managers permission to "eject customers'' if they wore pyjamas when shopping.

The move was prompted after Tesco received complaints about customers feeling uncomfortable when other shoppers wore sleepwear. 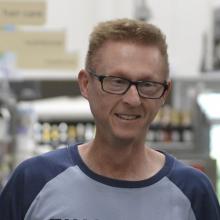 "We are not going to judge you on what you wear into our supermarket.''

She could understand someone shopping in pyjamas in the morning if they had woken up early and noticed an absence of bacon in the fridge, an essential ingredient for a breakfast fry-up.

However, shopping in the afternoon wearing pyjamas was more difficult to understand.

"I don't get the 2 o'clock in the afternoon thing but, hey, each to their own.''

Customers in their supermarket had never complained about other shoppers wearing sleepwear, she said.

The most common complaints about other customers were shoppers with body odour, woman with short skirts, or men with exposed stomachs.

Mr Moyle welcomed shoppers wearing pyjamas but did not believe the excuse that they were too busy to change into daywear before hitting the shops.

"You can't be too busy to get dressed.''

"It is not commonplace to monitor what customers wear when shopping in our stores.

Foodstuffs brands include New World and Pak'n Save.

"We're happy for people to wear what feels comfortable, although Speedos might be a bit much and birthday suits aren't allowed.''

20 years ago, 'comatosewear' was de rigueur for a quick dash to the Castle Street dairy, except for the pensioners. It's alright if designer clobber with a faux dressing gown. Wandering around in wincyette with a draw string tie is shabby. Shabby.

Do we really care what Julie Moyle thinks? Its what the customers think that it important. Most would not want to comment or make a fuss-so ask them!