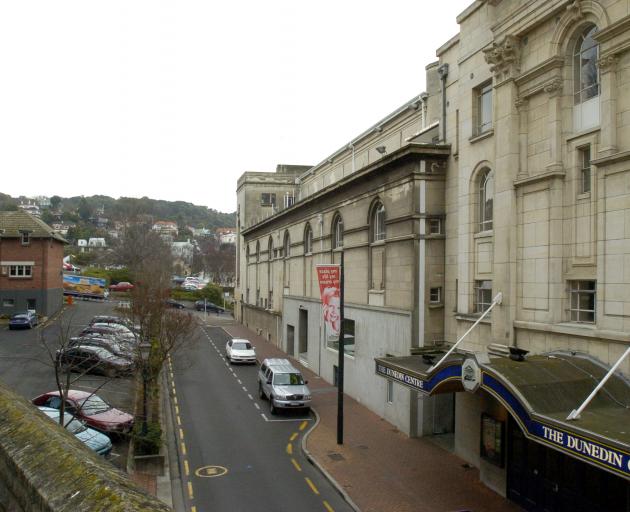 The Dunedin Centre. ODT file photo
Dunedin Venues is defending its decision to book a controversial minerals forum for one of its venues.

But the actions of the Dunedin City Council-owned company - which operates Forsyth Barr Stadium, the Dunedin Town Hall and other venues - will be scrutinised as part of a wider review to be carried out by the city council.

The New Zealand Minerals Forum is scheduled to hold its annual three-day conference at the Dunedin Centre - including the town hall - beginning on May 28.

In a letter to the Otago Daily Times, he asked whether Dunedin Venues had complied with its own policy, set out in its statement of intent, to "exhibit a sense of social and environmental responsibility".

The council also had a policy on achieving net zero carbon emissions in the city by 2050, and the company was supposed to bring any potential conflicts with policies to the council's attention, he said.

Councillors appeared to be unaware of the situation when the event was made public.

A Dunedin Venues spokeswoman, in a statement yesterday, said the company did not believe the booking and its commercial actions were in conflict with other council policies.

The standard booking process was followed but no conflict was identified, so the council was not informed, she said.

"The Dunedin Town Hall is a community venue that is a neutral platform that is available for parties to express their views but does not imply the city's support for any said party."

Dunedin Venues had since discussed the booking with council staff, after public concerns were raised, and learned the council would be reviewing booking policies as a result, she said.

Mr Cull said yesterday that would not stop the minerals forum going ahead, but Dunedin Venues' approach would be considered as part of the wider review.

"We will be looking at just how that policy was intended to be implemented and whether we need to adjust the understandings between DVML and the council on that."

If DVML can hire rooms to Australian feminists who pronounce all men must die and let's commit gendercide against men, then is ok to rent to miners

Let them come and more such conferences the merrier for the city.

These protestors are blinded by their zeal and could do with a reality check. As I am writing this, this morning- 5% of NZ electricity is produced by coal. It has the ability to generate approx 15%. These mis-guided protestors seem to forget it does not always rain/sunshine/windy conditions enough. We need this power source for now and the forseeable future.

Cull thinks that this event should trigger a review of DVML's process, an event at which he has already agreed to give the opening address, uh huh....

I seriously wonder if the ultra greens even understand what they are protesting against.
Minerals are necessary for EVERY facet of modern life. Building, vehicles, water and sewage systems and most food production use minerals. Be that in making pipes, tools or concrete.
And all the greens can say is we don't like some minerals so producers shouldn't meet. Time for some people to wake up.